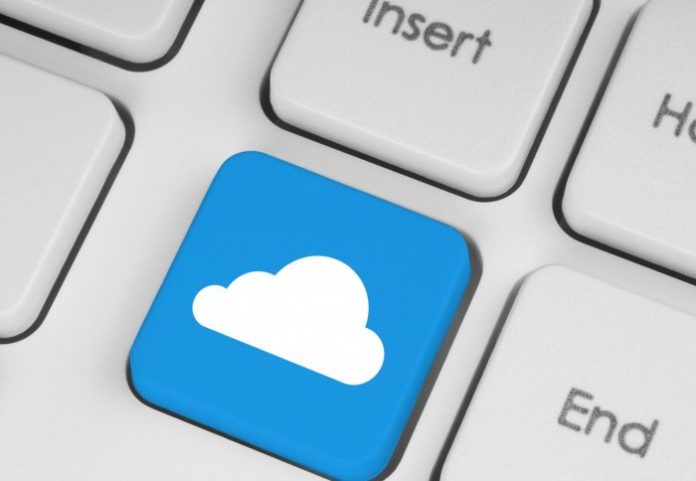 If you have been following the cloud computing industry, you are already aware of the fierce competition that exists in the space. Amazon, Microsoft, Google, IBM and Oracle – five companies with deep pockets, tons of talent and all the time in the world are pushing and shoving each other as they search for the next big client to add to their list.

But it is Microsoft that is leading all the other companies towards a certain direction; and in the process, slowly shaping up the cloud computing industry itself.

When you say cloud computing, most people now associate the term with third party IT infrastructure management. Amazon showed the entire world that there is demand for such a service, and its worth in the order of billions of dollars. Then, one by one, the big tech names rapidly muscled in on the opportunity.

IBM, actually one of the earliest proponents of the cloud model, put a few billion dollars into a shopping bag and bought its way into a strong cloud presence. Oracle realized very late that staying out of cloud would keep them out of the IT industry in the future, and decided to join the race. Google was always there, but never serious about cloud; but it finally announced its grand arrival to the cloud game by appointing Diane Greene to head its cloud unit. Microsoft jumped into the game a few years after Amazon started off.

One by one, the tech majors beefed up their cloud services, and it was not just Infrastructure as a Service, or IaaS, also known as public cloud, that they wanted to do. Google and Microsoft were already offering several software products through their respective clouds, and Oracle and IBM had their own presence in the Software as a Service (SaaS) market, the former with a solid hand in the ERP segment, and the latter in the Analytics segment.

The way things stand right now, two companies have emerged as the leaders in different segments: Amazon’s AWS in public cloud infrastructure and Microsoft in SaaS.

Now comes the interesting part: Microsoft was always interested in IaaS, but it realized its strength in software, and went after the SaaS market with its Office 365 – a risky move at the time, but it paid off in spades. Amazon, on the other hand, was always focused on providing the best and most number of IaaS-related services. Now, however, the king of public cloud has started eyeing the SaaS market as well, realizing that it holds a much bigger opportunity than just cloud infrastructure.

And that’s all thanks to Microsoft’s success in SaaS.

In fact, focusing on SaaS has quite possibly made it the largest cloud computing provider in the world in terms of cloud-related revenues. That’s something we discussed in detail in a recent article (see linked article below.)

Microsoft’s commercial cloud annualized runrate crossed $15.2 billion during the recent reported quarter, which means their monthly revenue from cloud services is now around $1.26 billion – calculations given in the linked article above. No one outside Microsoft knows exactly how much the company makes from Microsoft Azure, its Infrastructure as a Service offering, but there are estimates that peg the number at around $2.7 billion for full-fiscal 2016.

That actually sounds like a lowball figure, even though Microsoft makes a lot more from its software products served on the cloud, like Office 365 and, more recently, Dynamics 365. Microsoft’s Productivity and Business Processes segment, which holds the 365 lineup’s revenues, reported $8 billion in revenues during the most recent quarter. But the impressive part is that revenues grew 22% compared to the year-ago period.

Some quick mental math at this point will tell you that Azure revenues could actually be much higher than other estimates. It stands to reason that if SaaS, clubbed with other business process revenues, only brought in $8 billion for the quarter, then Azure revenues could now be contributing a significant percentage of the $1.26 billion in commercial cloud revenues for the month of March – to subsequently give them that annualized run rate of over $15 billion. But since we don’t know the actuals, that’s an educated guess, at best.

That said, the rapid growth of Microsoft’s SaaS products – and their perceived value in the eyes of the market – are a huge threat for its cloud competitors, because all else being equal, customers will always pick a single-vendor solution over a multi-vendor one.

And the obvious choice of vendor in such a situation would be Microsoft.

The reason for that single-vendor preference is manifold: integration issues between disparate software applications, varied expertise needed to work on multiple platforms and frameworks, and the obvious advantages of bundled costs.

Here’s a helpful analogy to explain this: would a customer prefer to host their applications on AWS, use G Suite for office productivity and collaboration, Salesforce for their marketing team and Dynamics 365 for ERP, or would they rather just sign up with Microsoft and get the whole package from a single vendor?

The answer to that question should be obvious.

Of course, there are any number of niche software products that a company might need for its specific industry, but Microsoft is the only company right now that’s able to provide an overwhelming majority of the software needs of any company, from a one-woman entrepreneurship to a multinational corporation with a global presence.

Think of it as the Home Depot or Lowe’s of the cloud computing world. Why go to multiple specialty stores when you can get everything under one roof?

Amazon and Google have realized that allowing Microsoft to keep that edge will become a humongous problem for them in the future.

As a result, Amazon has already launched three different business productivity applications in the past few years, and Diane Greene is not just the head of Google Cloud division but, to put it in Google CEO Sundar Pichai’s own words:

“Diane Greene will lead a new team combining all our cloud businesses, including Google for Work, Cloud Platform, and Google Apps.”

Microsoft took the horizontal route from the start, touching as much as it can at the software end, while pushing on the infrastructure side as well. Now, they are dragging other players to look seriously into the Software as a Service market.

Such is the influence that Microsoft now has over the cloud computing industry. So far, Amazon was the only company that forced others to make their own moves in cloud, but Microsoft has also achieved that status. And whenever you push the competition to react rather than set the agenda themselves, you know which way the wind is going to blow in the immediate future.

Amazon did that in the online retail segment, and forced Walmart and others to toe the line. They did it in cloud computing, and forced tech majors to follow suit. Now it’s Microsoft’s turn to set the pace and direction for the growth of the cloud computing industry.