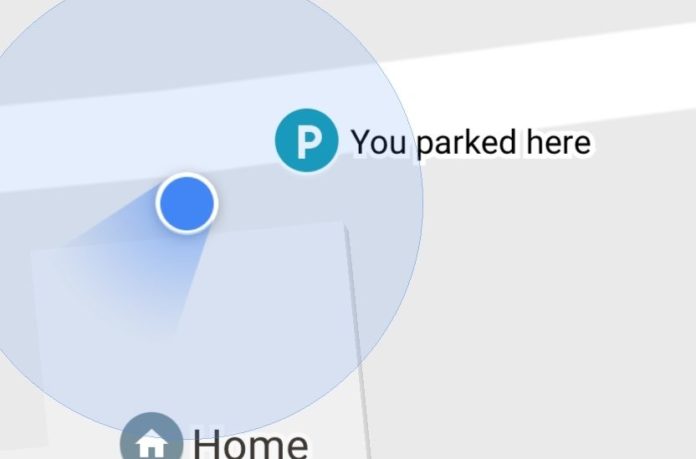 The latest update to Google Maps has an option for you to save your parking location – a blessing when you forget where you parked in those massive parking lots. The new feature also allows you to add your parking level, and reminders to refill the meter. While another, similar feature does exist for automatic parking detection, it depended on your car having Bluetooth capability. With this new update, you just tap the map and it remembers where exactly you left your car parked.

Incidentally, Google CEO Sundar Pichai, who was reportedly paid a whopping $199 million towards his 2016 pay, hinted on the earnings call last week that Google Maps could be monetized very soon. But there seem to be no firm plans made public around this as yet.

If you’ve been using Google Maps on a regular basis, you probably noticed quite a few changes and additions over the past several weeks and months. They’ve pushed a lot of local businesses to the forefront, and that could be one of the ways to monetize Google Maps. Ask a business to pay up to have their brand name pasted across Google Maps whenever a user is in the neighborhood and it will usually cough up the cash quicker than you can say “Ok Google.”

Of course, local business listings has long been integrated with Google Maps, so it’ll be interesting to see how Google monetizes this, exactly. There’s a huge opportunity there, no doubt, and one can even say that Google has been very late in leveraging its dominance in the world of virtual map applications.

In addition to allowing businesses to promote themselves on Google Maps, the company may even add an ad platform layer to the application, as suggested by Forbes. However, if that’s going to make it look like one of the zillion “free” apps on Google Play Store, the company is likely to steer clear of that option. They won’t want to lose users or advertisers because of a poorer user experience – not after what they’ve been going through on the advertising front, anyway.

Without question, Google Maps is a great application across multiple OS platforms, and it’s already far ahead of Apple in terms of sheer velocity of development (remember that Google Earth web app update from a couple of weeks ago?) Not many companies can start a new map application and reach the kind of scale Google has with Chrome and Android to help it along, so there’s little to be worried about from a competition angle.

Still, Google Maps is a great untapped money machine just waiting for Alphabet to make its move. The longer they wait, the more it will cut into the user experience aspect once deployed. We’ll have to wait and see how they skirt around that issue.