Dish Network Corporation had a really bad quarter, as the company lost nearly double the subscribers the market was expecting them to lose. During the first quarter (January 2017 to March 2017) Dish Network, the fourth largest pay TV provider in the United States, lost 143,000 pay TV subscribers against the expectation of a loss of 73,000 subscribers.

But this is not the first time a major pay TV provider is facing customer loss issues. The problem has been going on for a while. Traditional pay TV providers lost 980,000 subscribers in 2015, and then lost 1.64 million subscribers during 2016. Looking at the recent quarterly numbers from Dish Network, it looks like 2017 might end up being a record-breaking year for pay TV providers – in the worst way possible.

Comcast, the number one pay TV provider in the United States, has managed to hold its ground and actually improve its numbers in 2016, adding 42,000 pay TV subscribers during the first quarter of 2017. But it remains to be seen how long they will be able to hold on to their base, because things are working against them in the video world. 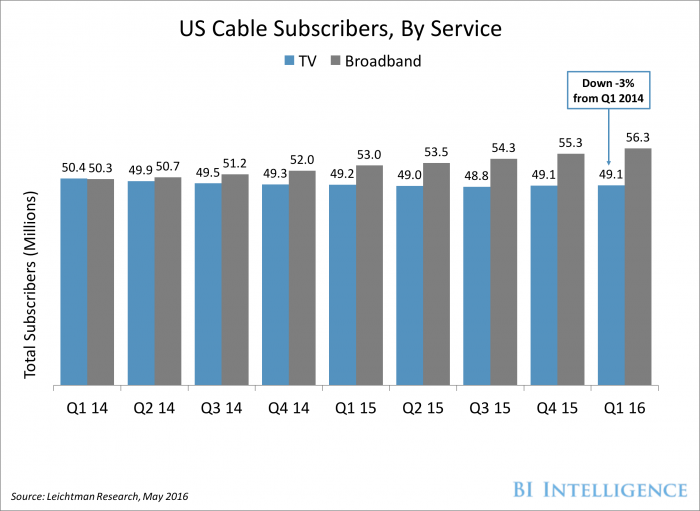 When you look at it from that perspective, it’s not really a surprise that Netflix, the number one streaming video service provider in the United States, adds hundreds of thousands of customers every quarter. Netflix took just four quarters to move from 46.97 million subscribers during the first quarter of 2016 to 50.85 million subscribers by the end of first quarter of 2017, an addition of 3.88 million users in the United States. 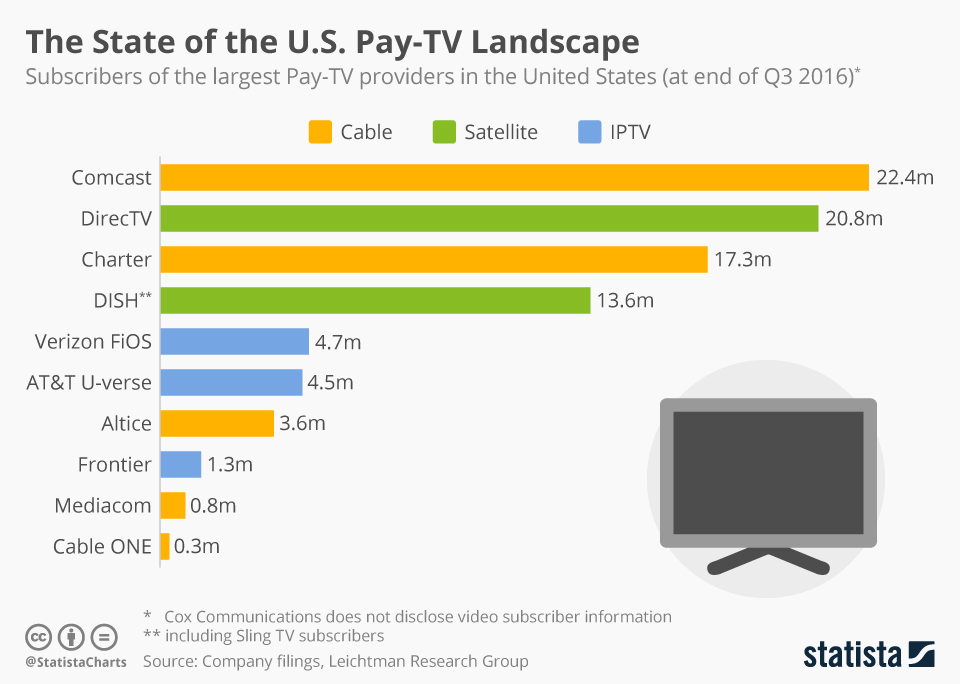 Netflix already has 50 million customers in the United States, while the US pay TV subscription base is more than 90 million, reaching around 82% of US households. That’s a clear indication that a large number of households in the US are pay TV subscribers with an additional Netflix subscription account.

So, why have these streaming video customers not yet cut the cord on their pay TV subscriptions?

A recent Deloitte survey of 2,131 consumers showed that two-thirds of respondents kept their TV subscriptions because they’re bundled with their internet plan. 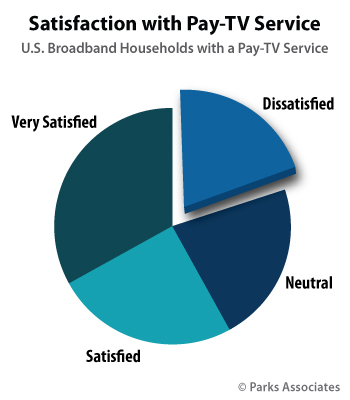 If not for the bundling, the cord-cutting might have accelerated much faster. But that’s a sad and, honestly, unsustainable position that pay TV finds itself in. If customers are keeping their pay TV connections merely because of a lack of options, then the perceived value of the product has already become minimal in their eyes.

Therefore, it stands to reason that if pay TV’s alternatives – such as streaming video, paid and free – keep increasing the value they offer, pay TV may end up vanishing from the scene altogether over the next decade. That looks inevitable, unless the providers start giving people more reasons to take up a subscription, or at least stay with them because they want to, not because they need the bundled Internet service or just don’t want the hassle of dealing with the cable company when it’s time to cut the cord.

There doesn’t seem to be any light at the end of this tunnel. If providers don’t do something as a matter of urgency, this could be the beginning of the end of pay TV as we know it. It might well take more than a decade, but it looks nothing short of inevitable.