Home Facebook Google Allo is Taking a Shot at Snapchat’s Forte, But isn’t Everybody...

What’s Snapchat really great for? Taking photos of your self – technically known as a “Selfie” – and then dressing it up in the most ridiculous get-up you can find and then sharing it for an ephemeral 24 hours with the people you love to hate. Well, Google Allo – the messaging app everybody doesn’t use – is now bringing in the artificial intelligence angle and turning people’s selfies into unrecognizable Emoji.

We used to call them caricatures in my day, and that’s what they basically are – cartoonish renditions of human faces. But Google has deemed to called them “Neural Network-Generated Illustrations.” Huh? Perhaps an explanation is in order.

This is how Expressions Creative Director Jennifer Daniel puts it:

“The traditional computer vision approach to mapping selfies to art would be to analyze the pixels of an image and algorithmically determine attribute values by looking at pixel values to measure color, shape, or texture. However, people today take selfies in all types of lighting conditions and poses. And while people can easily pick out and recognize qualitative features, like eye color, regardless of the lighting condition, this is a very complex task for computers. When people look at eye color, they don’t just interpret the pixel values of blue or green, but take into account the surrounding visual context.

In order to account for this, we explored how we could enable an algorithm to pick out qualitative features in a manner similar to the way people do, rather than the traditional approach of hand coding how to interpret every permutation of lighting condition, eye color, etc. While we could have trained a large convolutional neural network from scratch to attempt to accomplish this, we wondered if there was a more efficient way to get results, since we expected that learning to interpret a face into an illustration would be a very iterative process.”

That’s when I realized that Google is actually serious about this project, and there’s really a job called Expressions Creative Director, and I need to work for Google. Only half-kidding here.

But what Daniel says is true, nonetheless. In a caricature, you don’t take lighting, texture and other elements into account. All you do is take features, exaggerate them to bring out the humor angle, and then render to that. No wonder they need a complex name to describe what we could easily call a caricaturized selfie.

A lot of companies have been copy-catting Snapchat’s features, not nearly the smallest of them being Facebook. They even bought an app company called Masquerade (stylized as MSQRD), that made a video filter app, so they could compete with the camera company now called Snap Inc. 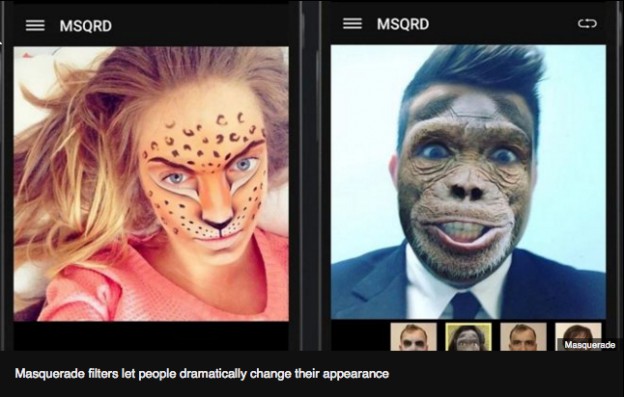 Google has realized that, in order to have a messaging app that can compete with the best (Snapchat in the U.S. and WhatsApp elsewhere), it needs something “different.”

AI-based selfie transmogrification is a good start, but Google Allo has a long way to go.

How Do You Remove a Watermark?

Facebook Buys tbh for Under $100M, Will Not Make Snapchat Mistake Again