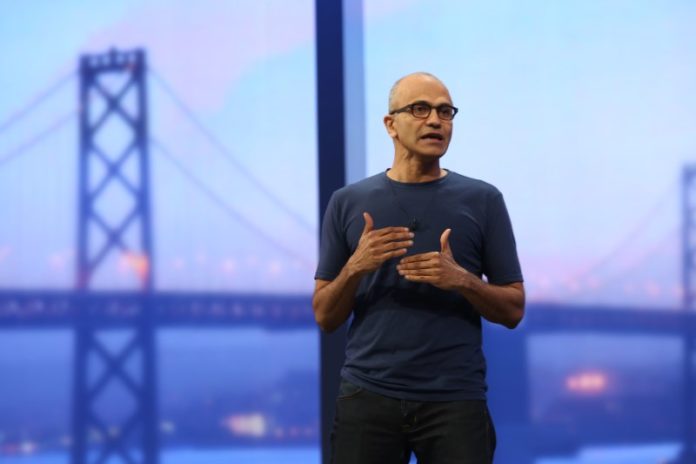 It has been barely four years since Microsoft CEO Satya Nadella announced the company’s Mobile First, Cloud First strategy. Instead of basking in the glory of new-found success in Cloud, Microsoft CEO Satya Nadella has now announced that the time has to come to move on from a Mobile First, Cloud First strategy towards a more cloud-focused Intelligent Cloud, Intelligent Edge strategy.

During his keynote address at Build 2017, Microsoft CEO Satya Nadella said this (starts at 13:10 on the video):

“IOT – big big big workload in the cloud. AI is everywhere, the ability to reason over large amounts of data, create intelligence, distribute it. Even the micro services, workflows, advanced analytics that people are building in the cloud are all pointing to what I think is a fundamental change in the paradigm of the apps that we are building, a change in the world view that we have. We are moving from what is today’s mobile first, cloud first world, to a new world that is going to be made up of an intelligent cloud and an intelligent edge.”

And here comes the best part: he added that “the entire conference is about talking about this massive shift that’s going to play out in the years to come” and then he went on to define the three fundamental characteristics of this new application pattern.

But the real crux here is how Microsoft has changed its course in its cloud journey, from just focusing on Infrastructure and Software as a Service, towards Edge Computing.

That’s a massive paradigm shift, because current cloud infrastructure services are the polar opposite of what Edge Computing entails.

Infrastructure services, as currently offered by all the lead cloud providers, is a centralized system. Microsoft and all the big cloud players have poured billions of dollars towards building data centers where all the data flows in, gets “computed” and then flows back to the end user. But Edge Computing is a completely distributed model, where most of the computation – or at least a significant portion of it – is done closer to the place of data generation.

Most of the time, there is very little need for data to flow back and forth to the nearest data center on a continuous basis. Edge Computing will still need these large data centers to operate as its backup and storage points, but not as the backbone of the entire cloud, which is how it is used right now. That’s because most of the heavy lifting will be done within the edge devices that sit close to the point where the data is actually generated.

The entire cloud computing industry is still in its early stages of development, but the growth of IoT and AI is already pushing the industry towards a completely different direction, and it is perfectly understandable

Let’s take smart cars to understand the new phenomenon. We all know that every major automaker and tech company is now racing towards autonomous driving. To make that possible, self-driving cars generate huge amounts of data every second, process that and make a decision as quickly as possible.

Ideally, that should all happen within nanoseconds to milliseconds – the faster the better. Latency on the cloud, because of varying Internet speeds, congestion and so on, are major deterrents to that objective at the moment, even though it might only be slower by sub-second delays. Having near-zero delay, however, is an extremely unreliable feature of the current cloud computing setup, yet almost a prerequisite of autonomous vehicle technology on the scale at which it is being planned.

What you have is a device that sits in the car, has the ability to use AI to process the humongous amount of data that all the sensors, cameras and data capture devices in the car generate, processes that information in nanoseconds and delivers the results almost immediately. That device in question might even piggy back on cloud data centers once in a while for non-critical tasks that are still resource-intensive.

The end result of that is immediate action on huge amounts of data – to the tune of 150 GB per second for each autonomous or connected car, according to Microsoft CEO Satya Nadella.

Now that will really put the “autonomous” back into autonomous vehicle technology, something that’s sorely lacking now.

These devices that are capable of such computational power are called edge devices, because they sit close to the place of data generation and do the heavy lifting right there instead of sending data over a dodgy Internet connection to a cloud data center.

To put it simply, edge devices will multiple the utility of AI many times over, and that’s more than enough of a reason for tech companies to embrace this distributed or decentralized form of cloud computing.

Companies like Google and Oracle have just gotten their feet wet in the cloud and are still scrambling for the next big client, while Microsoft is already pushing full steam ahead in a completely new direction. In the world of technology, the only thing that you can count on is change, and rapid change at that.

But, is Microsoft the only company that has recognized this shift? Not necessarily. Every company that is involved in the Internet of Things will deliberately or inadvertently have stumbled upon this same conclusion. It’s merely that Microsoft is the first to publicly recognize and embrace this new paradigm in what is still a nascent industry – cloud computing.

Incidentally, we predicted this possible shift in cloud computing focus in an article more than a month ago, before Microsoft revealed its intentions to the world. It was based on something that venture capitalist Peter Levine had said about Edge Computing:

“If self-driving car technology can be self-contained, where it generates all the data it needs, through the multiple devices and built-in sensors, processes it, services actionable intelligence and executes it, then it will be much more effective compared to a car that generates all the data, sends it to the nearest datacenter for processing, gets the feedback and then acts on it.

For this transition to happen, edge devices need to get better and better, which will happen as the IoT industry takes off. When he (Peter Levine) talks about the end of cloud computing, he is talking about shifting the computing tasks to edge devices.

IoT still needs cloud to be efficient, but computing may start gravitating towards the end points, and there is nothing wrong with it.“

You can read the full article, and watch the video here: