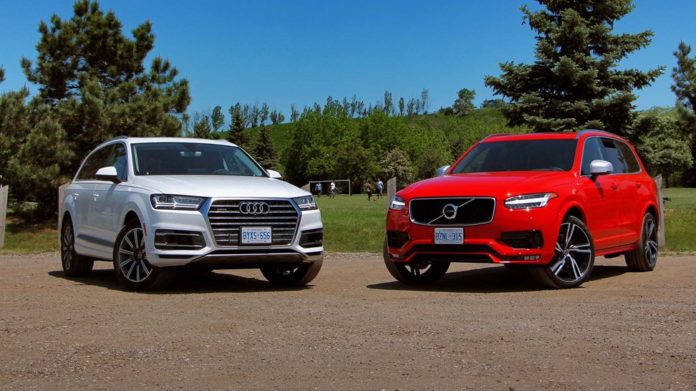 Carmakers Audi and Volvo today announced that their next generation of cars will be powered by Android Auto, the connected car platform from Google. And Google Assistant will come along for the ride, too. Pretty soon, you’ll potentially be able to use the on-board infotainment systems in these upcoming models of Audi and Volvo to voice-control the air conditioning, get navigation help, make phonecalls, play your choice of music and much more.

Android Auto was launched about three years ago, and the standalone Android app that was introduced in November 2016 allows people with older cars enjoy a similar interface on their smartphones. The app can also be connected to an on-board display where available.

Audi and Volvo will be previewing their next-gen connected car capabilities with Android Auto tomorrow, May 17, on the first day of Google’s I/O 2017 developer conference. Google is hosting a livestream broadcast of the session, which you can watch here at 2 pm Pacific Time on Wednesday, May 17, 2017.

The growth of connected vehicles and autonomous vehicle technology is one of the key drivers of innovation in areas such as IoT, cloud computing, edge computing, artificial intelligence and other emergent technologies. Nearly every major technology company and carmaker is now firmly on the path to a future where cars are fully automated, can engage with their passengers and carry out various tasks that are currently done manually.

Almost every automaker intends to do at least three things in the next five to ten years: move to autonomous technology, fully integrate their cars with the cloud and convert a large percentage of their models to electric or alternative fuels.

On the EV side, Tesla has already triggered a wave of EV initiatives among its peers in the automobile industry, with the biggest of them – Volkswagen – recently having woken up from its deep EV slumber.

From now on, it’s a race to see who will lead the pack in these three areas – connected, autonomous and EV – over the next decade. It’s going to be a tough fight, and leaders are already emerging, showing off their technologies and capabilities.

All these industry segments are still in their early stages, so it’s probably too soon to pick a winner in any category, even in the EV space where Tesla has a sizable lead at the moment.

We don’t know who will be the dominant few in the next five to ten years, but we know for a fact that the automobile industry is going through an overhaul like never before in its 100-year-plus history.

In the meantime, Audi and Volvo join a star-studded cast of car brands that have tied up with Google for Android Auto, including Lamborghini, Bentley, Cadillac and dozens of other brands.