Google Home is already considered to be much better than Amazon Echo devices in terms of conversational capabilities, search functionality and more. But it’s just gotten a whole lot more powerful, now that you’ll be able to make calls hands-free by telling Google Assistant who you want to call.

Even better, since Google Home can now recognize who’s speaking, just say “Call Mom” and Google Assistant will know whose Mom to call.

You can link your mobile number to your profile on the Google Home app, but you don’t actually require the app to make a call. That’s different from how Amazon Echo works, because having the app downloaded is necessary for the call function to work.

The feature allows you to call any phone for free, and there’s basically no set up required. Here’s a great resource from Bloom Times that shows you how to set up your Google Home and start making those calls.

Another great feature now on Google Home is Proactive Assistance. That means Google’s AI will actually be ‘aware’ of what’s going on, and alert you if there’s a problem with your schedule. For example, if there’s heavy traffic, Google Assistant might prompt you to leave home earlier in order to make a scheduled meeting on time. It will also remind you of other tasks of reminders you’ve set for the future without your asking.

Quite possibly the biggest feature announced for Google Home at the Google I/O 2017 developer conference is Visual Responses.

One of the biggest problems that smart speakers have is the lack of a visual cue, something that Apple’s Phil Schiller commented on a while ago. Google Home solves that problem with casting. Just like you can cast streaming content to your TV with a Chromecast, you’ll be able to get Google Home to cast content the same way, or even on to your smartphone.

Need directions? No problem, just ask for a particular location, then say “OK, Google. Let’s Go.” and get it cast on your smartphone. Presumably, maps will pick it up from there and guide you on your way.

Even better, you can ask Google to cast specific content, like a show from Netflix or YouTube, using your Chromecast device. Earlier today, at the conference, Google also announced support for a host of streaming services, including HBO Now, Crackle, Hulu, YouTube’s new TV service and a few more. 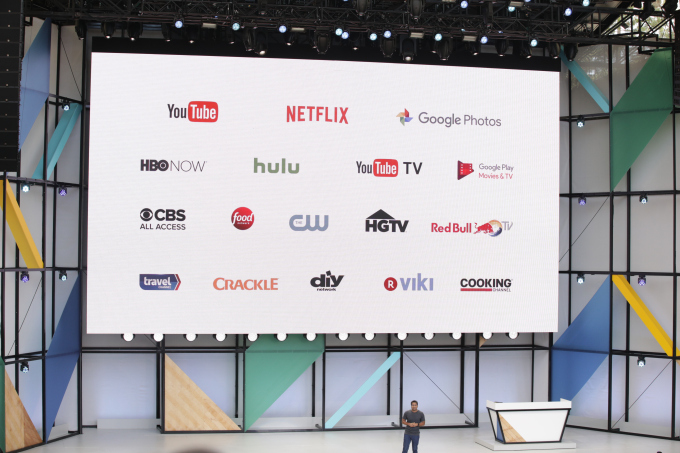 Finally, support has been announced for Spotify’s free version, SoundCloud and Deezer, in addition to existing support for Google Play Music, Spotify Premium, Pandora and other streaming music services.

Google is obviously pushing very hard to outpace its biggest and more popular competitor, Amazon Echo. Amazon is going to be shipping out its new Echo Show next month, and it’s clear that Google wants to eat into the expected 70% market share that Echo devices will hold by the end of this year.

AI has always been one of Google’s biggest strengths, and it’s encouraging to know they’re up and moving on that front, bringing their deep learning, neural networks and other AI components to every one of their products and services. It will certainly be interesting to watch what Google can really accomplish in this space with the resources they have, now that they’re fully committed to it.