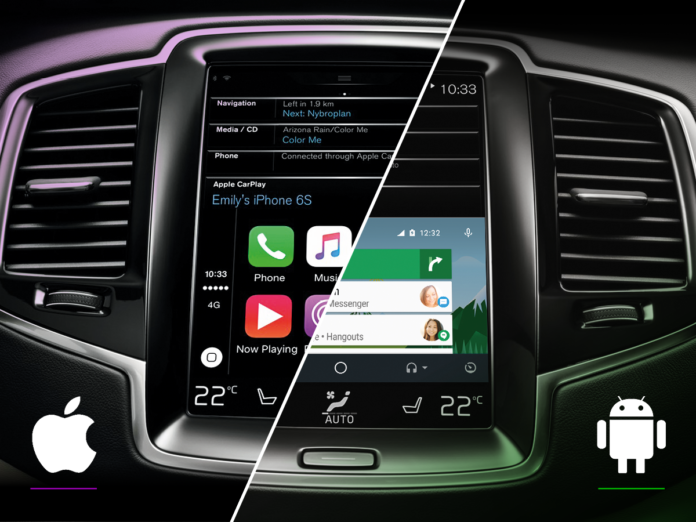 For the very first time, Ford is pushing a software update to its on-board infotainment system for all 2016 models via WiFi, and the update brings Android Auto and CarPlay into your vehicle. The update can also be installed via USB in cars that do not have a WiFi or cellular antenna.

2017 Ford models already come with these two software applications, but for 2016 Ford owners to use CarPlay, they will additionally need to do a USB hub upgrade from an authorized Ford dealership. The current update is SYNC 3 version 2.2.

With the new CarPlay or Android Auto, you get full navigation capabilities, but you also get a host of other features, like streaming music, talking to Siri (on CarPlay), get bigger icons with no distractions like messages, and several other functions. With Android Auto, you will have access to Google Assistant, but the commands are limited at the moment. However, there are several different apps that you can access via the Play Store, most of which are free.

To upgrade via WiFi, you’ll need to park your car close to an access point. If your garage is close enough to your home router, that should work. Once the software update has been downloaded and installed, you should be able to access it from within Ford’s on-board infotainment system.

At the just-concluded Google I/O 2017 developer conference, Audi and Volvo showcased cars that had Embedded Android rather than Android Auto. The big difference is that Embedded Android actually replaces the car’s native infotainment software, but the car maker can customize it the way they want. It also brings much better integration with Google Assistant so you can pretty much use it like you would a Google Home smart speaker.

For now, this capability is being reserved for Volvo’s and Audi’s next generation cars, but from the first look at the feature, it’s clear that most automakers are going to prefer Embedded Android over Android Auto. We should see more brands join hands with Google on this front over the next year or so.