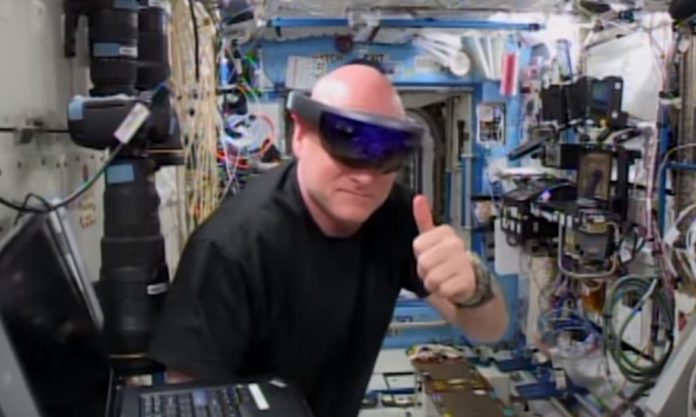 The interest in alternate reality has helped spawn an array of technologies, some aimed at consumers and some at businesses and industries. Of these technologies, augmented and mixed reality appear to be the ones that will possibly go much further than VR, since they lead to tremendous real-life applications that virtual reality simply cannot match.

That is not to say that virtual reality won’t have its place in the future. If you want to escape into a virtual world and just forget about reality for a while, VR is the perfect platform to engage with. From purely an entertainment perspective, there’s really nothing to match VR at the moment.

On the other hand, AR or MR – and their ability to ‘fuse’ the virtual with the real – potentially have a lot more uses, for both consumer as well as commercial purposes. Pokemon Go’s AR experience is just one of the many examples of AR in the world of fun.

But let’s get back to “work”, where AR will eventually rule.

Microsoft and Google are now at the cutting edge of augmented reality, with Apple still holding its ace up its sleeve.

Microsoft, however, has gone the farthest in terms of development and deployment of the technology. More importantly, they have the hardware on which it runs, which is a critical component.

Google, on the other hand, has the platform and a few developer devices, like the Yellowstone tablet that comes as part of the dev kit. But Google wants to stay right there. Instead of manufacturing its own hardware, Google now wants OEMs to take its Tango augmented reality platform and run with it.

What is the essential difference between these two platforms? Which one is superior, and is that even a relevant question?

We know a lot more about Tango after Google’s I/O 2017 conference that just ended this week, so we’re in a position to make an apples to apples comparison. Minus the Apple (Inc.), of course.

Microsoft HoloLens is essentially a holographic experience overlaid on a 3D model of the user’s immediate physical surroundings. Using input methods like gaze tracking and gesture recognition – not to mention voice commands courtesy Cortana, since it’s essentially a Windows 10 device – the user can then manipulate the virtual environment relative to the physical one.

One of the more impressive features of the HoloLens is its ability to hold apps and holograms in place as you move around physically. And it catalogs all of that so if you come back after several days, every piece of hologram and every app you opened and ‘anchored’ to a particular point on the 3D model will still be there.

On the hardware side, HoloLens is powered by a 32-bit Intel Atom processor, and Microsoft’s own Holographic Processing Unit, or HPU. And inertial measurement unit, four cameras for spatial mapping and a depth camera help the HoloLens create a 3D model of your surrounding environment. Of note is the fact that two processors are used to render the experience, which allows for greater power as well as thermal efficiency. While the sensor data is handled by the HPU, apps are able to use this 3D model to place the holograms using the Atom processor.

There are several limitations at this point, of course, such as the bulkiness of the head-mounted unit, the limited flexibility and so on. But much of that is made up for by the device’s performance.

Admittedly, there are very limited purpose-built apps for HoloLens at the moment, but the choice is growing. Besides, non-holographic apps can be opened as floating virtual screens that you can place anywhere within the 3D environment created by the HoloLens.

Google Tango can be compared on various fronts with HoloLens technology, but there are vast differences as well. Tango also uses depth sensing and cameras to create 3D maps or models of the surrounding environment. One important point is that these 3D maps can then be used on a Tango-capable smartphone inserted into a Daydream VR headset so you can actually do a walkthrough.

The local mapping part is probably the most interesting thing about Tango. While the obvious uses are easy to figure out, such as for decorators, interior designers, architects and so on, what Tango can also do is provide precise navigation and positioning cues beyond what GPS can currently achieve at the micro level.

Another significant, and recent, development is that, with the new Snapdragon 835 VR platform from Qualcomm that was revealed at Google I/O 2017, the need for a smartphone has been eliminated altogether.

Lenovo and Asus currently have smartphone models that support Tango, but it looks like Daydream VR technology could bypass smartphones altogether and go directly to VR head-mounted devices (HMD). Hopefully, there will be more Tango-enabled smartphones coming out in the future, but there is a clear divergence now between smartphone-based usage and standalone HMD usage.

Unfortunately, the only hardware comparison we can make at this point is that the demoed version of a Tango-capable HMD was of Qualcomm’s design, so it included the Snapdragon 835 processor, versus Microsoft’s use of Intel’s silicon and its in-house GPU in HoloLens devices.

Are there any major differences between the two technologies?

Many of the elements behind Microsoft’s HoloLens technology and Google Tango are quite similar. Spatial mapping, 3D modeling, virtual overlays, depth perception and other components essentially work the same way, although the way the data is computed and finally rendered may be different.

One major difference, though, is that HoloLens can let you open any UWP app from Windows Store even if it is a non-holographic one. As mentioned earlier, it appears as a floating visual screen that you can then place wherever you like. Such a functionality is vastly different from what Tango is capable of at the moment.

Another big difference is the way you interact with the environment. Tango offers much less physical control over the virtual environment that’s overlaid on the physical three-dimensional map that the system creates. HoloLens, on the other hand, lets you manipulate the overlays in very convenient ways, including voice commands, as we saw earlier.

That said, it’s extremely difficult to say which of these technologies is “superior”, because that’s going to be relative to the use case. For an interior designer, for example, HoloLens might be overkill, while Tango would be the most cost-effective solution required for that particular purpose.

Both companies are taking the OEM route for future hardware. The HoloLens will stick around for a while as the premium version of those devices aimed at the commercial segment, but the $300 headsets from Acer, Asus, Dell, Lenovo and HP have a better chance at the consumer market.

Microsoft did announce that it would launch an Acer headset for developers, the consumer version of which should be available starting at the end of this year.

Google is taking that a step further. Completely counting on third-party hardware makers to infuse Tango into their products, or make products specially for Tango, could take a while to gain some traction.

All things considered, both of them are highly functional technologies with a wide range of application possibilities in both the consumer sphere and the commercial realm. But both are still pretty much just out of the development phase, with parts of them still not fully matured.

It’s going to be a few years before we see augmented or mixed reality flood the market with applications and hardware products, but it’s definitely going to cover a lot more horizontal ground than pure VR is able to at the moment.

The future is definitely in alternate reality; of that there is no doubt. Now, all that remains is for Apple to show us its offerings in the AR space and make this a three-way battle worthy of the world’s top technology giants.