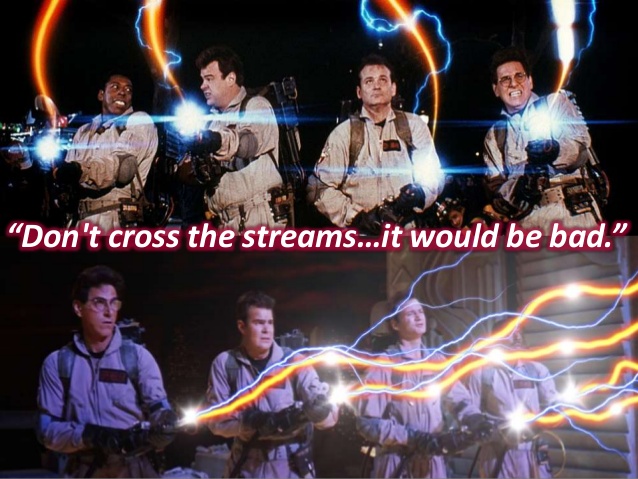 But this is not just a name change for marketing purposes, mind you, although it is most definitely a branding effort. It goes far beyond that, defining the very capabilities of the platform formerly known as Beam.

As you know, the term ‘Mixer’ refers to a social or business event where you meet new people, make new contacts, network with others and generally socialize. That’s the idea behind the name change, and it indicates that this is becoming more of a collaborative and social platform rather than simply a livestreaming service.

The first big change is co-streaming, where four separate streams can be merged into a single split-screen view, and the chat channel is a centralized one. For example, if you had a co-op session of “League of Legends” running, up to four users can combine their individual streams into a single channel that other users can then access.

The best part is that it doesn’t always have to be about gaming. One player can stream a game, while another can stream music or even something like a multi-player board game. This is where Mixer takes a page from Twitch, the Amazon-owned streaming platform that has been focusing on multi-media streams over the past several months. Twitch currently has new channels for vloggers to stream their content, new tools for viewers to find streams that aren’t game-related, and new channels for creative content.

Mobile Streaming on the Mixer Create Apps for iOS and Android

The second big feature that’s coming to the Mixer platform is mobile streaming via a new app called Mixer Create for iOS and Android. It’s currently in beta, and allows you to initiate a stream from your mobile device.

Eventually, users will be able co-stream across devices, which is a significant feature because it brings in a tremendous amount of flexibility.

Mixer is also launching “Channel One”, basically a Guide feature that will let users see highlighted livestream events, new releases, tips and tricks and other social content. It’s also meant to help new users find their way around, a sign that Mixer expects this platform to grow much bigger over time. On Xbox One, the dashboard is going to get a new Mixer page as well, that serves the same purpose as the new Guide layout.

Mixer NYC Studio – Mixing the Physical with the Virtual

And that’s not all. Mixer also announced the launch of a new digital media production studio at their New York Microsoft Store, called Mixer NYC Studio. As you’d expect, the studio can be used for hosting e-sports events, hosting games and broadcasting content. According to Mixer, the studio will feature graphic effects (2D and 3D), has an LED video wall, fully interactive lighting, player lounges, shoutcaster desks, and even stage, audience and commentary setups.

Here’s a video showing all the great new features on Mixer, formerly known as Beam: