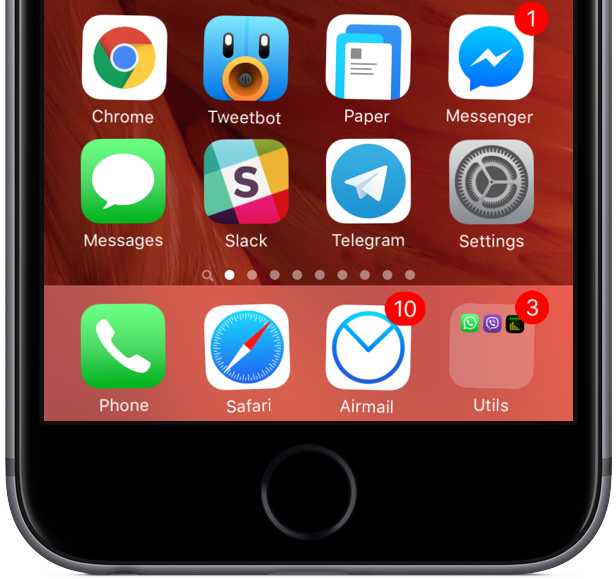 Over a period of time, your iPhone or iPad home screen tends to get cluttered with dozens of apps, some of which you might not even be using on a regular basis. While it does take some effort to keep your home screen organized, there’s a simple tip that will make the job a little easier. The purpose of this tip is to help you avoid moving each app screen by screen to the page you finally want it on.

First, go to your last home screen page and lightly press and hold any app. This will put your device on “jiggle mode”, which is basically intended to let you trash or re-organize icons. Be careful not to trigger Quick Actions for 3D Touch if your phone is an iPhone 6s or higher.

Second, move one or more of your docked apps to that last page. The idea is to free up space for two or three apps on the dock.

Third, go to the first page of the home screen and see if there are any apps you want to move to subsequent pages. Pull those down to the dock.

Fourth, scroll to the page where you want these docks to go. Pull them up and place them on that page.

Fifth, rinse and repeat for all the apps you want to move from one page to another.

Sixth, once you’re done, you can move all your docked apps to where there were, and click on the home button to get out of jiggle mode.

This tip lets you move two, three or more apps at a time, from one page to another. If you’ve got a ton of apps, it’ll save you quite a bit of time.

The best way to organize apps, however, is into folders. You can do this by going to jiggle mode and pulling one app on top of another to create a folder. You can then rename the folder to ‘banking’ or ‘social’ or whatever category of apps that folder holds.

Hopefully, this tip will help you get your iPhone or iPad home screen a little more organized, and make your apps a little easier to find.