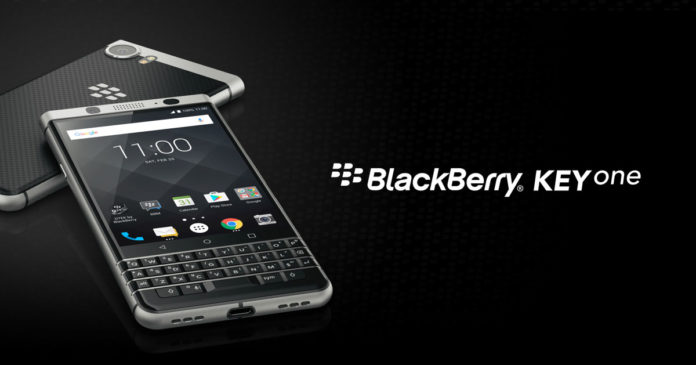 Several people who have never used a BlackBerry phone are already excited about the new BlackBerry KEYone that’s launching in the United States today, May 31, 2017.

The new KEYone will support both GSM (AT&T, T-Mobile) and CDMA (Verizon, Sprint) carriers, and is currently listed for $549.99 on Best Buy. At the time of this writing, the device was not available for purchase, but it should be up sometime in the next few hours. The phone is unlocked, so you can choose your carrier after your purchase.

As smartphones go, this is not your run-of-the-mill touchscreen Android smartphone. Sporting a massive 3505mAh battery with the Snapdragon 625 chipset and 3GB RAM, the KEYone from BlackBerry should deliver some impressive battery life.

The physical keyboard is one of the best in its class, and Phone Arena even finds it comparable with the one on the BlackBerry Bold 9000 because of the metal frets.

“This is an extremely exciting and humbling moment as we introduce a new BlackBerry smartphone to customers here in the U.S. with the launch of our BlackBerry KEYone. The KEYone is unlike any other smartphone available to consumers today, offering a premium communication experience, ensuring that our customers enjoy the security, long battery life and great functionality that have made BlackBerry mobile devices so iconic.” – Steve Cistulli, President and General Manager, TCL Communication NA

The LCD touchscreen on the BlackBerry KEYone smartphone is only 4.5 inches across, diagonally, but that’s because space is required for the physical keyboard as well as the camera setup, speaker and other sensors at the top. Rear camera is 12-megapixels and front-facing one is 8-megapixels, so it’s pretty decent, function-wise.

In terms of memory, the internal 32GB should be sufficient for most users, especially if you’re using a cloud service for your most important documents and your heavy media. But if that isn’t enough, you can extend that to a whopping 2TB with microSD.

Overall, the build is very solid, and quite appealing. The hard design elements at the top are softened by the touchscreen, and the softer elements at the bottom are offset by the hard metallic keys. Great orchestration.

Here are several photos of the BlackBerry KEYone: 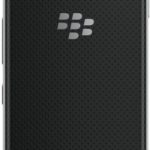 That’s a handsome phone, undoubtedly, but it remains to be seen whether even such a stunning device that runs on Android 7.1 Nougat out of the box will be appealing enough to draw the crowds back into the BlackBerry fold. The DTEK60 didn’t exactly get a rousing reception even though it was a solid phone. BlackBerry doesn’t make its own hardware, and their recent models, including the KEYone, are made by TCL, the same Chinese manufacturer that makes phones for Alcatel.

But you can’t really compare the DTEK series with the KEYone, which is obviously trying to revive old feelings for the physical keyboard as its strongest suit. This could be the breakthrough device that brings BlackBerry back into the premium mobile phone space. They’ve obviously priced it very carefully as well, making sure they don’t go head-on with other premium device makers like Apple, Samsung or Google.

Our bet is on the Blackberry KEYone doing very well in the market, possibly blazing a trail for more such hybrid-input devices from BlackBerry in the future.