In an attempt to “clean up the web,” Google is launching a Google Chrome native ad blocker next year to block ads on pages that do not meet Google Chrome guidelines and Google’s own ad policies. To be clear, not all ads will be blocked, so Google is calling this an ‘ad filter’ rather than an ad blocker.

A Wall Street Journal report by Jack Marshall today said that Google has informed publishers of the new ad filter tool, which will be implemented in Google Chrome sometime in 2018. To help publishers assess their web assets, the company is creating “Ad Experience Reports,” which is basically a self-service tool to help publishers and their webmasters figure out which ads are violating Google’s ad standards.

The original report came in April:

With several major advertisers boycotting Google over extremist content being published next to their ads, Google’s parent company, Alphabet, is under pressure to not only clean up its advertising, but also its content. To that end, Google plans to introduce several tools for users to report offensive content, as well as policies outlining what type of content constitutes a violation.

Facebook is taking similar steps on its own platform as well, and the new standards being set for digital advertising could have a long-term impact on the online ad landscape. Publishers and advertisers will both be impacted, as will the platforms on which content and ads are served.

Hopefully, they will be impacted in a positive way, without the need for companies like Google and Facebook to compromise on their top line goals for growth. The commercial impact of existing ad blockers is already quite significant, and is expected to grow over the next several years. 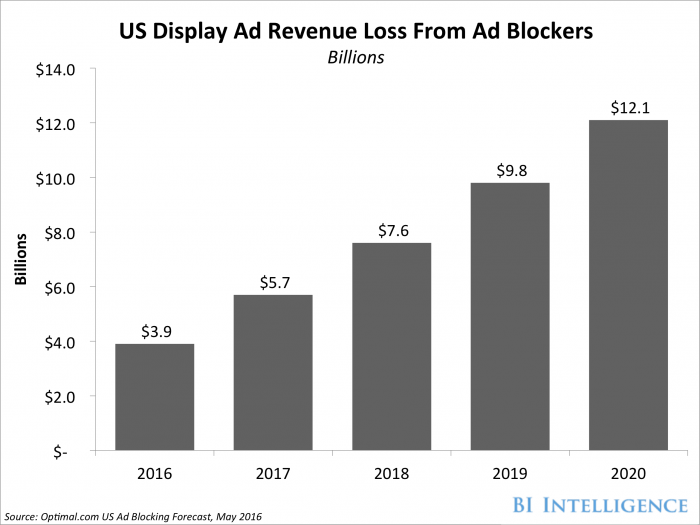 The expectation is that a Google Chrome native ad blocker will encourage users to do away with third-party ad blockers that kill ad revenues for publishers in the billions of dollars every year, while providing a better user experience on the web.