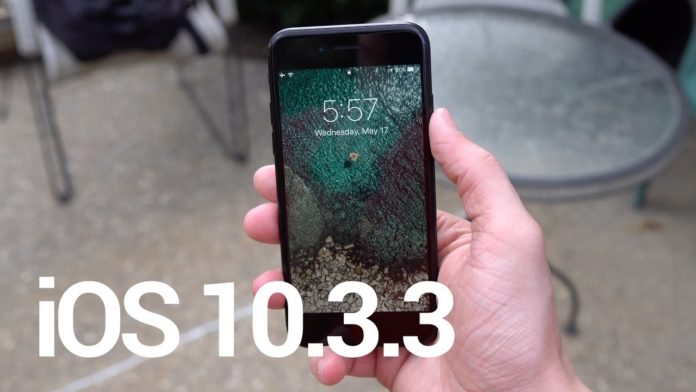 Apple is likely to release the public version of iOS 10.3.3 any time now. Tomorrow, WWDC 2017 begins, and Apple will likely want to release iOS 10.3.3 before the big unveiling of iOS 11, the next major upgrade for Apple’s mobile operating system planned for the much awaited and much talked-about iPhone 8 (aka iPhone Edition, iPhone X and so on.)

While Apple has not set an official release date for iOS 10.3.3, which is currently on its second beta, it could come as soon as tomorrow. Not that it brings in any major features, because most of those will be reserved for iOS 11, but it does offer some additional security patches and bug fixes over the current iOS 10.3.2.

Apple’s push to close all doors leading to a possible jailbreak for iOS 10.x.x has been stepped up with the more recent versions of iOS, including the current one, which patches many of the zero-day vulnerabilities discovered by security researchers on iOS 10.3.1.

If you’re a jailbreak enthusiast, then please read this informative article, where we’ve shown you what options you have if you want to jailbreak an iOS 10.3.1 device – eventually. I say eventually because there’s no iOS 10.3.1 jailbreak at the moment. At least, not one that’s available to the public.

But if you’re not a jailbreak fan, you’re better off upgrading your device to iOS 10.3.3 when it drops. Obviously, Apple is forging ahead with its objective of making iOS as secure an operating system as possible, and once Apple showcases iOS 11 with all its new feature sets, it may keep pushing security patches beyond iOS 10.3.3. But the primary focus will be on iOS 11 beta versions for developers and public testers until its final release alongside iPhone 8.