If you’ve been following Android co-creator Andy Rubin, you’ll know that his startup company recently launched the Essential Phone, an Android device with near-zero bezels and huge potential for magnetic snap-on accessories. We believe that the company’s true star will be the Essential Home smart speaker; something that’s a lot less talked about but has the potential to redefine how smart speakers work. 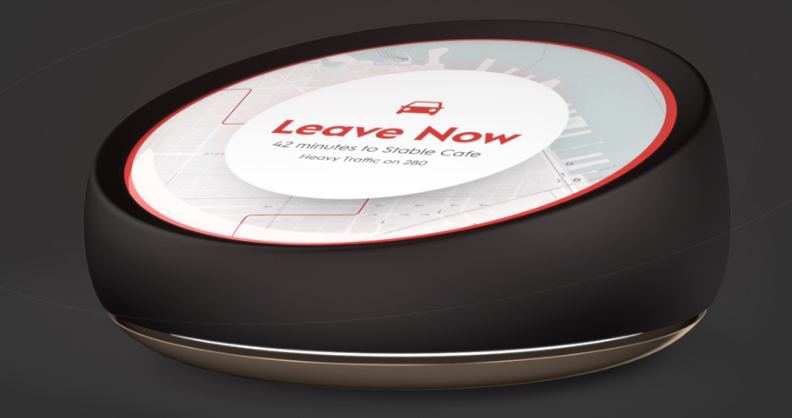 What’s the Deal with Essential Home?

First of all, Essential Home runs on an operating system known as Ambient OS. Andy Rubin wants to keep it open-source, just like Android is, but there’s a big difference here.

The Android ecosystem is currently highly fragmented, since multiple device manufacturers use it for multiple products. As a result, different devices get updates at different times, and not much is consistent across the Android landscape.

Ambient OS, on the other hand, is “more of a managed service on the back-end,” says Rubin. Other than that, there’s little clarity on what parts of Ambient are opened up to other devs, but it appears that they seek to have a little more control over it than Google has over Android.

And one of the things that makes Ambient OS on Essential Home unique is the fact that it is an ‘intelligent device’ on its own. Take a minute to take that in, because none of the smart speaker products on the market today are capable of being called that.

Amazon Echo, Google Home, the Siri speaker Apple may launch tomorrow, the Harman Kardon Invoke that’s coming out of Microsoft’s stables later this year, and even the Lenovo Smart Assistant and LG’s Hub Robot that debuted at CES 2017 – all of these devices depend heavily on being connected to a cloud resource. That will eventually change, mind you, but today that’s how it generally is.

In contrast, Essential Home with Ambient OS supposedly does much of the AI heavy lifting on its own, with far less reliance on access to powerful cloud servers. Make no mistake: cloud is an essential component; but possibly less so than on most other smart speaker products.

And that actually makes Essential Home smarter than anyone else because if you’re Internet connection is a little choppy or even non-existent, at least it won’t grind to a screeching halt. Since a lot of the processing on the AI side will be done in the device instead of the data being sent to a cloud data center for processing, it should also have better response times as well.

Not enough has been revealed about about the device to claim that it does, but that’s what this capability points to.

And this also represents the future of smart devices, in a small way. For a smart connected device to be truly smart, the heavy compute work needs to be done close to the source of data generation. That’s a shift being recognized by tech majors today, with Microsoft even declaring that to be the new direction for the company – an Intelligent Cloud with an Intelligent Edge.

It’s the devices that make up this “Intelligent Edge” that are going to get more powerful in future. These are devices capable of AI processes without the need for external processing on the cloud. Again, they’re not completely standalone entities. They do need the cloud, but that will possibly be for tasks are aren’t of an immediate nature.

We’re going to see more of Essential Home in the months after its release, and we believe that we’ll also start seeing more consumer hardware that can do heavy compute tasks in near-real-time, from other device manufacturers.