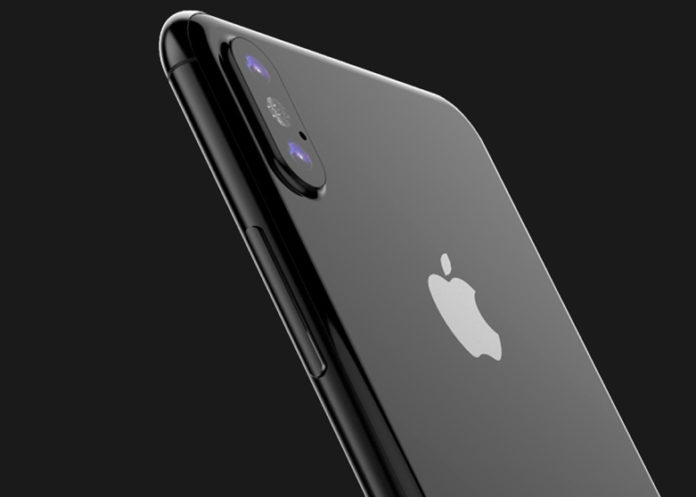 At the WWDC 2017 keynote presentation that covered iOS 11, we saw Apple’s plans to bring AR into the iOS ecosystem in a big way. One of the things that BGR’s highly respected tech writer and Executive Editor seems to have gleaned from the presentation is that Apple somehow validated the obsolescence of the iPhone, indicating that Apple’s key product will somehow give way to other intelligent devices such as smart glasses. We don’t think it will play out that way.

True, Apple’s presentation did hint that augmented reality could someday take user engagement away from smartphones, but our reliance on smartphones isn’t going to disappear that easily, not even in the next ten years.

First of all, the one thing that makes any device “smart” is its connectivity to an intelligent platform that can process the information in near-real-time and send it back in milliseconds back to the device in question. Smartphones are merely one such class of devices.

Now, these devices are becoming inherently smarter, meaning that much of the compute power related to their AI capabilities is being de-centralized from cloud data centers to the devices themselves – or other intelligent devices that are within wireless communication distance from them.

Logically, it implies that, in time, we’ll have connected devices that are pretty much AI entities in themselves. These devices will still be connected, of course, but only for the purpose of communicating with other such devices, using the cloud as a ‘hub’ or ‘sorting center’. The core AI processing will happen on-board the devices, or at a shared resource located close to the device, rather than in the cloud, as is the current scenario.

Epstein’s assumption is that products like smart glasses or smart contact lenses will reduce user reliance on smartphones, and that’s his premise for saying this:

“But thanks to Apple’s keynote presentation that kicked off WWDC 2017 on Monday, we also know that the iPhone’s days are numbered.”

Back to our original train of thought.

Let’s assume that these intelligent devices proliferated to the extent that we no longer need to keep our smartphones handy. Making a call? Just ask Siri or Alexa or Google Assistant on one of the many smart devices around your home. Need to see something on a screen? Ask Google Assistant to cast it to your Chromecast-enabled TV. Need a cab or want to order pizza? Just ask.

This phenomenon of “just ask” is going to hog a large portion of our attention, and smartphones might not be used the way they are today.

But that’s only in the home. What about when you’re on the go?

Mobile devices require cellular connectivity, which means your smartphone will need to double up as your hub device even if you’re carrying a bunch of other smart devices around. For example, if you have AR glasses, they’ll need to work off your smartphone’s resources to process data. If not, they’ll need additional hardware, making them bulky and inconvenient. Even if you stretch that to smart contact lenses or any other smart accessory or wearable tech, they’re all going to need computing, storage and network capabilities to work.

What is more likely to happen than the death of smartphones is the natural progression of smartphones to their next evolutionary level. Smartphones will get far smarter than they are today, and we’ll probably be even more dependent on them than ever, especially when we’re on the move.

That evolution might entail smartphones changing their form – losing their screens in favor of projectable virtual screens, for example, or being able to pick up apps off the cloud rather than having to store them locally, or any number of innovations that can make them smarter, more powerful and lightning fast in their reflexes.

But smartphones are never going to die. As an extension, the iPhone, which is one of the top-selling smartphone brands of all time, is not going to die in the near future. It will evolve as user needs evolve and grow. We will start seeing capabilities so far reserved for massive data centers, such as deep learning, computer vision and other components of artificial intelligence.

Smartphones will change, but they won’t die. We might not even call them smartphones in the future, but their core functionality will remain the same for several years. Things will get added and removed, but smartphones will always be our most reliable mobile companions.

Projections from Cisco show that “Overall mobile data traffic is expected to grow to 49 exabytes per month by 2021, a sevenfold increase over 2016. Mobile data traffic will grow at a CAGR of 47 percent from 2016 to 2021.”

A seven-fold increase in mobile data traffic is not a sign that smartphones are going to die out.

So, no, smartphones aren’t going anywhere. They’ll be complemented by M2M devices, or Machine-to-Machine devices. This includes wearable devices, connected car technology, IoT devices and so on. And they’ll be complemented by the increased use of tablets, laptops and other portable computing devices. But smartphones will live on, accounting for no less than 5.725 billion units by 2021. 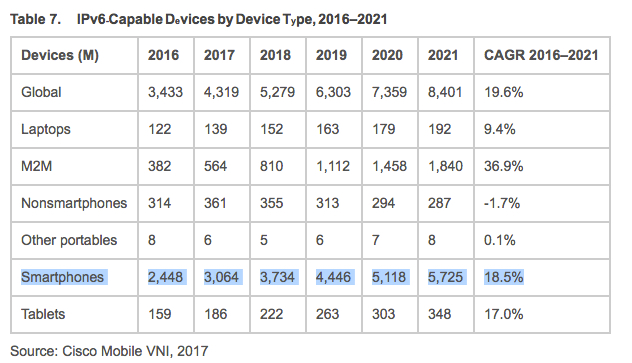 BGR’s Zach Epstein is spot on about one thing: that the future of mobile computing doesn’t necessarily live inside a little box we carry in our pockets – it lives everywhere around us. However, those little boxes still have a long, long way to go before they can be considered obsolete, if at all that happens.

Specific to Apple, the only thing that can put the iPhone on the endangered species list is if Apple stops innovating and introducing new technologies – via iOS as well as hardware. The iPhone of the future has the potential to become more than just a cool, expensive smartphone. It can be a truly useful device that other smart devices can piggyback on to make our lives even more convenient.

And as this plays out, the more hardware Apple creates around Siri, AI and augmented reality, the more reliant users will become on their iPhones. That might sound contradictory, but it’s not. These devices will need the processing power of an intelligent “edge device”, a smart, connected device on the edge of the cloud that they can rely on for the heavy number-crunching that these technologies require. And the humble iPhone will be the ideal candidate to take on that critical role, simply because it’s mobile and compact enough – a little box we can carry in our pockets, to quote Epstein.

Thoughts? We’d love to hear what you have to say. Please use the comments section below.