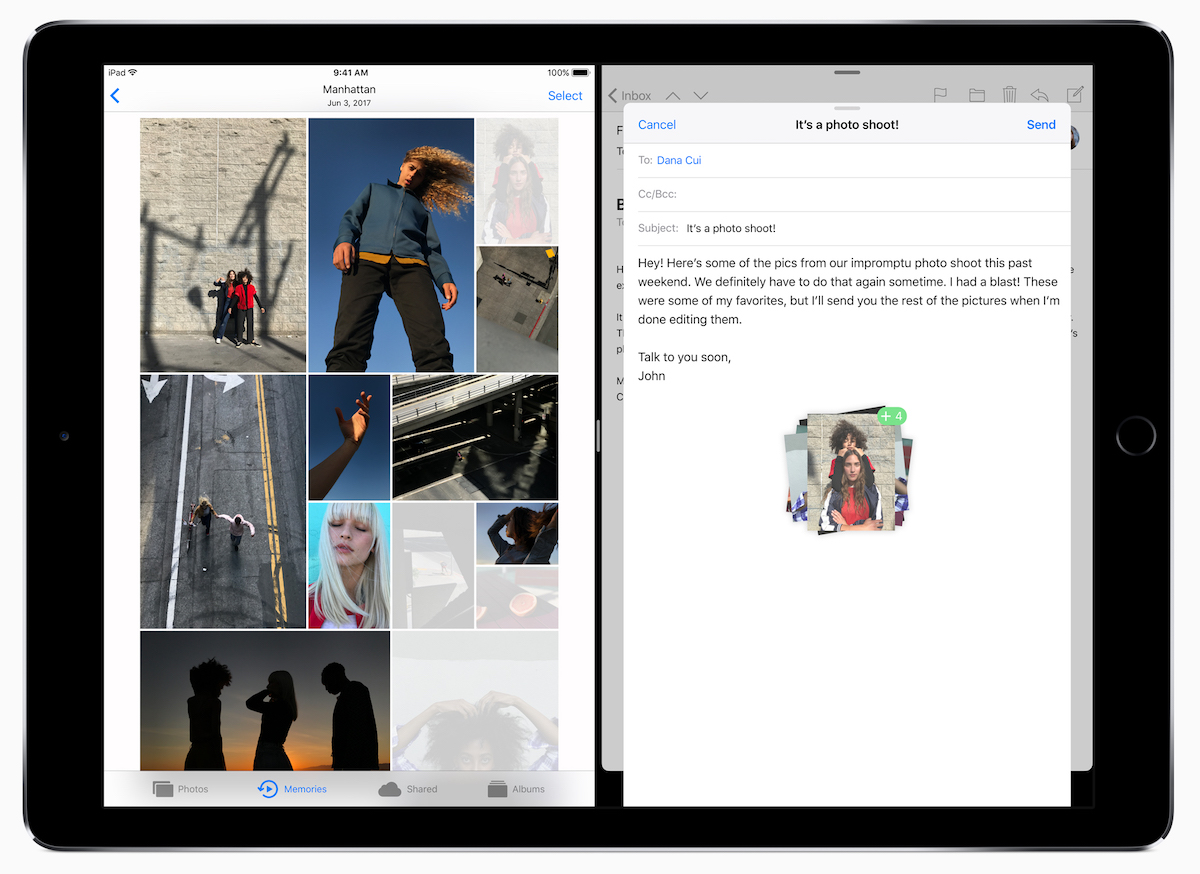 Although iOS 11 brings in a lot of elements that have been available to desktops for decades now, like the drag and drop feature, for example, we can’t make the mistake of underrating its useful in the world of mobile computing. Far from being a mere ‘port’ of a feature that’s moved from macOS to iOS, drag and drop on iOS 11 has massive potential.

For starters, we need to understand that the input methods for desktop and mobile are vastly different. One relies on a physical keyboard, a mouse and so on. The other relies on touch, styluses, etc. That dichotomy makes certain features exclusive to one type of device over the other. Drag and drop is one such feature, but Apple has managed to bring that feature to iOS 11 in a very elegant way.

The basic drag and drop feature on iPhone only works within a single app. On iPad, however, an item can be dragged to the new universal dock at the bottom of your iPad screen to switch to another app already in split view mode, and dropped into the new app.

But that’s not all, multitouch means the screen is still responsive even if you’re dragging one object to a new destination. Whatever you select is added to a “pile” under your finger, and that entire selection can be dropped to another app.

If you think about that for a minute, it’s even better than what you can do on a desktop. And for a touch device to be able to do that is nothing short of brilliant.

As a matter of fact, Apple may have found its next “pinch to zoom” feature right here with the drag and drop on iOS 11. Pinch to zoom was something very new to the world of personal computing until Apple made it hugely popular on early iPhone models. There’s still some confusion around whether or not Apple actually holds the patent for pinch to zoom, but it does have a patent on a limited implementation of pinch to zoom.

The drag and drop feature is probably a cute little capability on the iPhone, but it has massive application potential on the iPad. Whether or not it’s going to catch on, however, is anybody’s guess, but one thing is certain: this is going to be a staple feature on all future iterations of iOS after iOS 11 is released later this year.