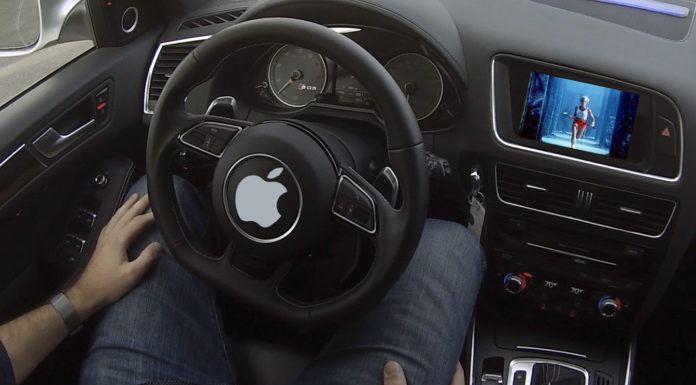 After years of media speculation, leaks and rumors about Apple’s moves in the self-driving car space, Apple CEO Tim Cook has finally come out in public with his comments on the company’s plans to develop and deploy autonomous driving systems.

In an interview with Bloomber’s Emily Chang, Cook said:

“We’re focusing on autonomous systems. It’s a core technology that we view as very important. the mother of all AI projects.”

Among other things, Cook also mentioned that there were three major disruptions going on right now in the automobile space: self-driving technology, electric vehicles and car-hailing.

“You’ve got kind of three vectors of change happening generally in the same time frame,” he said on Bloomberg Television.

A lot has happened on that front since then, and Apple is one of the 30 or so companies with a permit to test self-driving cars in the state of California.

The interview with Cook is now as strong a validation as we’ll get that Apple is fully committed to bringing self-driving tech to the world. They haven’t ruled out making their own self-driving cars, but Cook was hesitant to talk about that.

Even if they don’t, the whole deal with self-driving cars hinges on the owners of the technology, not the vehicle that’s used. As we’ve seen with Waymo, Tesla and Uber, almost any car can be fitted with the hardware required for autonomous driving capabilities. It’s the tech that’s important. The company that comes up with the first fully autonomous vehicle system will practically rule the space.

And that’s where Apple is trying to get to. It’s already invested in car-hailing, and with CarPlay it is integrating itself with existing infotainment systems on connected cars, and its moves in self-driving are bound to pay off some day.

That’s not saying that Apple will be the first to master this tech. There are others like Google’s Waymo and Tesla that could actually be far ahead of them right now. But Apple has a big advantage in its user base, and its policy has always been to make its technologies user-friendly, simple and intuitive. That could give it an edge.

It’s far too early to say who’s going to win, because there are now multiple car-makers and tech majors in the self-driving technology race. But one thing is certain: if Apple does succeed, it could potentially become a very lucrative revenue stream to nicely complement the billions of dollars it rakes in every year from the devices segment.