Oracle’s co-founder shocked everyone – and possibly his own team – by saying that Amazon’s lead in IaaS is over, during his keynote address at Oracle OpenWorld Conference in San Francisco last September. It was shocking because Oracle was always hesitant to join the cloud race. Moreover, at the time Larry Ellison made that statement, the company’s Infrastructure as a Service segment was making less than two hundred million dollars in quarterly revenues, while Amazon was counting in the billions, and still growing at an above-40% rate year over year.

But in the world of technology, the only thing that stays constant is change. Oracle found it hard to play in the uber-competitive Infrastructure as a Service segment, and its growth was well below par in the last one year. In the first three quarters of the current financial year, its IaaS segment grew 7%, 6% and 17%, while Microsoft Azure grew at near-triple-digit rates and Amazon grew in the above-40% range.

As a much smaller entity with sub-$200 million in quarterly earnings, Oracle should have been growing at a much faster rate, but it was just not happening. However, Ellison’s team sprang a huge surprise during the fourth quarter, suddenly growing IaaS revenues by 40% compared to last year. The growth rate has been accelerating over the last four quarters, and if Oracle can keep increasing that rate, it can surely emerge as true competitor in the IaaS space. 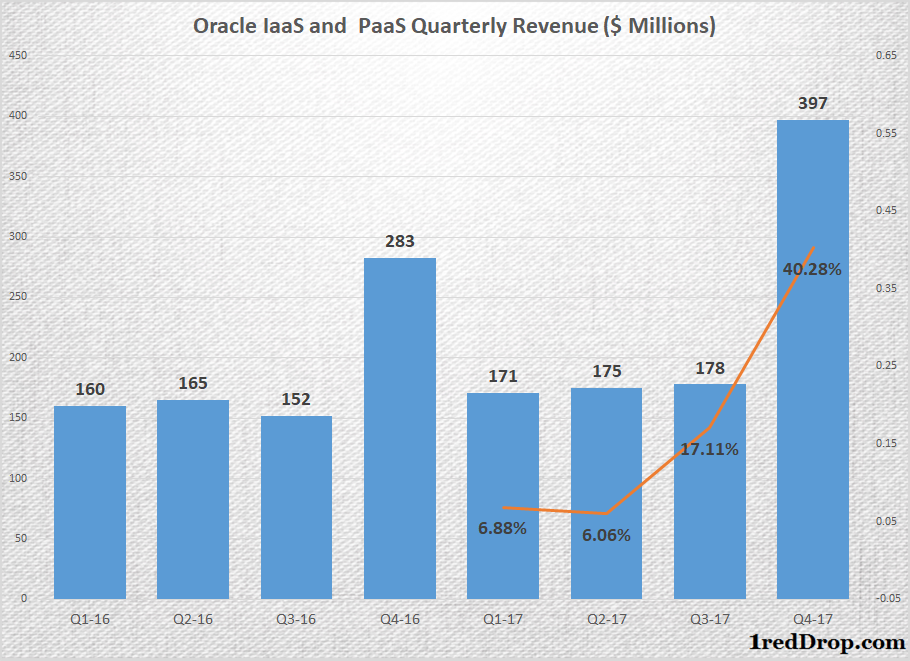 The growth rate during the next quarter will be extremely crucial for Oracle. If they have momentum behind their IaaS growth, then it should accelerate in subsequent quarters, which will also do a world of good to their already fast growing Software as a Service segment in the long run. It will also mark Oracle’s true transition into being a full-fledged horizontal cloud player covering the IaaS-PaaS-SaaS segments.

“AT&T has agreed to migrate thousands of existing Oracle databases containing petabytes of data plus their associated applications workloads to the Oracle Cloud,” said Oracle Chairman and CTO, Larry Ellison. “In the coming year, I expect more of our big customers to migrate their Oracle databases and database applications to the Oracle Cloud. These large-scale migrations will dramatically increase the size of both our PaaS and IaaS cloud businesses.” 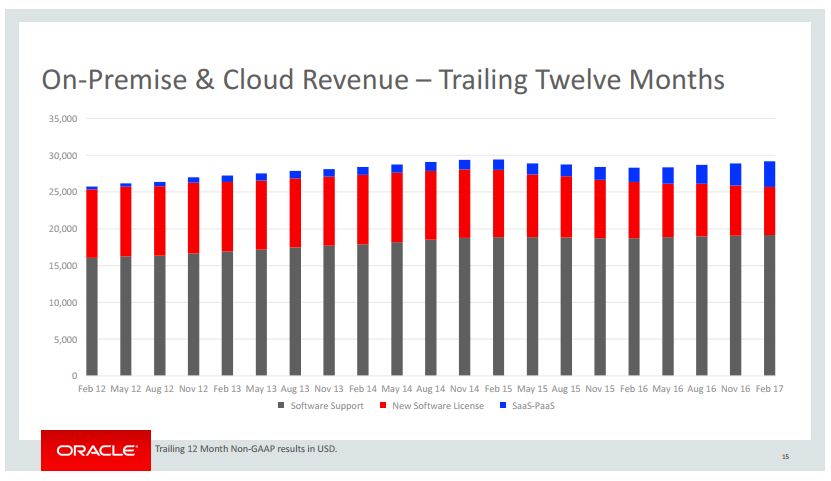 The impact of growing cloud revenues can be clearly seen in the above graph. As Oracle’s software licensing revenue were coming down in 2015, it was dragging overall revenues along with it. Now, the growth in cloud revenues has more than compensated for the decline in on-premise-based revenue streams, allowing the company to get its revenue growth back on track.

Oracle did make several key acquisitions to improve its cloud offerings in the last twelve months, while announcing plans to add more cloud data centers, a must-have if Oracle wants to compete with other cloud players in the market. 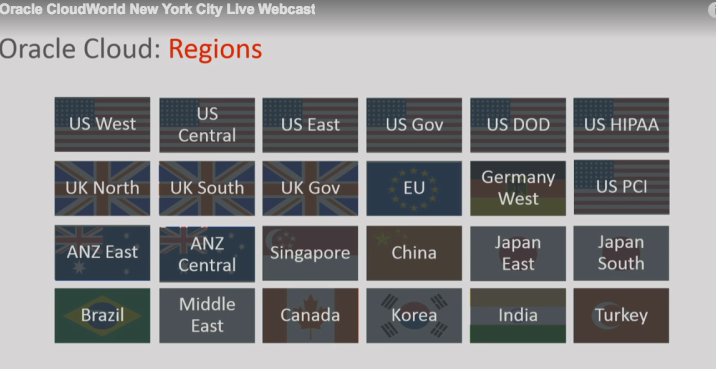 Whichever way you look at it, an aggressive Oracle is good for the cloud industry because it will push the leaders to innovate even further. The company does have its database advantage, and its existing relationships with big enterprises is another inherent strength it can count on. The next four quarters will give us a clear view of how far the company will be able to go to in terms of competing with the current leaders of the market. If growth keeps accelerating, it will become a formidable competitor in its own right, and we only need few more quarters to know that for sure.