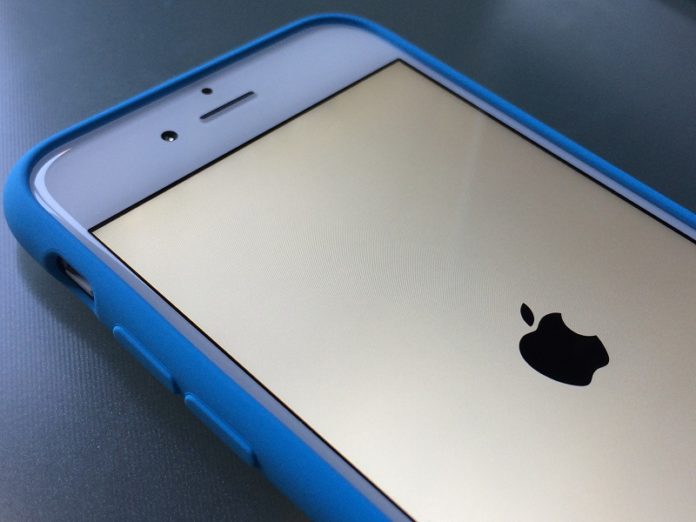 British iOS jailbreak expert Jamie Bishop, better known as Nullpixel, has been with /r/jailbreak Discord since the beginning, but the group’s administrators have now forced him out. Sources say that it was “a direct result of all the politics and backbiting that goes on in the (jailbreak) community.”

It wasn’t enough that Apple is putting the squeeze on the iOS jailbreak community in several ways, now the in-fighting has worsened to the degree that expert jailbreakers are being kicked out of their teams. 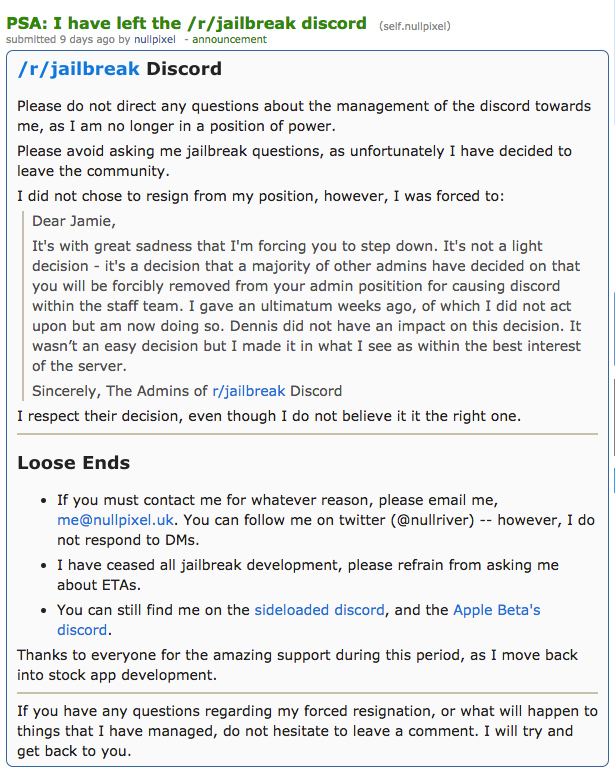 Nullpixel has developed released several Cydia tweaks during his time with Jailbreak Discord, but that will no longer happen. In fact, he has apparently decided to give up developing jailbreak tweaks altogether and go back to mainstream iOS app development.

Moreover, Nullpixel also intends to stop supporting his current iOS jailbreak tweaks on Cydia, which include the following that are available now:

This does not bode well for the jailbreak community. JB experts are dropping like flies, and Apple is finally gaining ground against the resilient community. There are still several jailbreaks with teams like Pangu and KeenLab, but losing a significant member of Jailbreak Discord is not a good sign.

Nullpixel may take some time off and get back to developing iOS jailbreak tweaks in the future, but it doesn’t look like it at the moment.

If you want to encourage him not to quit the jailbreak scene altogether, you can tweet him at @nullriver (no DMs) or email him at the address provided in the first image above. Losing a key member does set the iOS jailbreak community back a bit, but the hope is that newer generations of jailbreak experts will emerge and fill the gap left by what is now quite a large group of ex-jailbreakers that are either completely out of the scene, or prefer to report vulnerabilities to Apple in exchange for cash as part of the Bug Bounty Program.