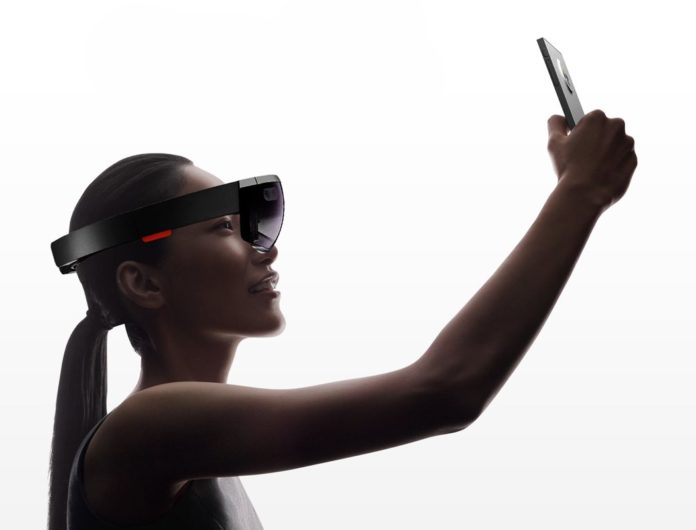 If Microsoft wants to prevent Apple from creating an augmented reality platform as big as the App Store, it has to move soon with the Surface Phone, possibly bringing in deep integration with a slimmed-down HoloLens to really lock down the market. The gist of that argument was put forth by Windows Central’s Jason Ward, but there’s one point he made that I’d like to elaborate on.

“As it did with smartphones, Microsoft has focused its AR efforts on the enterprise and specific industries. Consumers have not been part of the equation.”

While I agree in principle with that point of view, that’s not necessarily a bad thing. Microsoft’s strength is enterprise, and with cloud services now forming a significant portion of its revenues, there’s no reason it shouldn’t push harder into this market.

A Surface Phone that is purely a productivity tool might be appealing to millions of business users that are already using Windows-based systems and applications. In fact, such a device would even appeal to individual consumers since the Windows connection is present there as well.

The other side of the coin is that focusing too much on the individual won’t allow Microsoft to play to its strength in the enterprise segment. In truth, everything they do in enterprise outside of pure-play cloud services is eventually going to cascade down to consumers, including mixed reality.

Take Surface Pro tablets, for example: they are essentially business devices, but they also appeal to the masses because a functional business device in this case doubles up as a premium consumer device.

You could argue that this logic doesn’t apply to the HoloLens, but it most certainly does. $3000 for a headset is not really a consumer device, sure, but the technology powering it can be applied to consumer electronics at much lower price points. That’s why Microsoft went the OEM route on this, partnering with some of the largest and most well-known consumer electronics companies in the world.

But it’s the technology that will drive the devices, not the other way around as one might imagine. Similarly, Surface Phone will be driven by what it can do, and if Microsoft can align its timelines to create mixed reality hardware alongside Surface Phone, the technology underlying these hardware products will drive consumer interest past the initial euphoria.

Another point to remember is that VR is still not mainstream, although it’s been threatening to become that for the past 30 years now. There are latency issues that cause nausea, there are issues with wireless connectivity, issues with lack of any meaningful content and so much more.

Apple is addressing the content part first because it knows that one of the biggest reasons iPhone stands where it does today is because of the App Store. That’s the angle they know and that’s what they’re going after.

Microsoft, on the other hand, is focused on the operating system and other technologies that support AR and MR, along with the hardware.

At this point, Microsoft’s activities around Windows 10, mixed reality, Universal Windows Platform apps, CShell, win32 emulation and other areas might seem disparate and extremely incongruent with each other, but it’s more than likely that Surface Phone will bring all of this together in a harmonious blend that is primarily enterprise-centric but highly appealing as a consumer product.

As the company moves towards enterprise in a bigger way than ever before, it is also thinking about what the consumer wants, but in a way that will appeal to them rather than force things down their throats. Here’s what Xbox chief Phil Spencer said recently in an interview with Time:

“I love that we did HoloLens, not because I think everybody should go buy a $3,000 HoloLens. It wasn’t made for everybody, we’ve said that, it’s a developer kit. Now we’re doing kind of the other end with Windows Mixed Reality and $299 with OEM partners. But even then, with all these cables hanging off the back of your head, especially in a family room environment, that’s hard.”

Mixed reality is already very much a part of Windows 10 Creators Update, and we’ll be seeing them get deeper into MR with the Fall Creators Update later this year as well.

As for Surface Phone coming with AR/MR hardware, it might add a nice touch to their push for productivity.

Imagine sitting at the office (or at home) with MR glasses hooked up to your Surface Phone, and the Surface Phone itself being extended to a larger monitor. You’ll be able to receive email and message notifications within the MR interface, respond by voice using Cortana, share files and documents, see what’s going on in your team with Microsoft Teams on a virtual display – and all the while you can keep working on your project on your large monitor with a Continuum-extended Surface Phone running CShell. And when you’re done, simply pocket your MR glasses, pick up your Surface Phone and waltz out of the office without a bulky laptop weighing on your shoulder.

That might be the ideal future Microsoft envisions for Surface Phone, and it’s not too much of a stretch to expect that from an “ultimate mobile device.”

Watch this video to see one of the ways in which this has been imagined:

The first Surface Phone might only offer a superficial experience of what’s possible, but it will set the ball rolling on Microsoft’s push in the enterprise segment, while offering consumers nothing less than “business-grade” hardware running “enterprise-ready” applications.