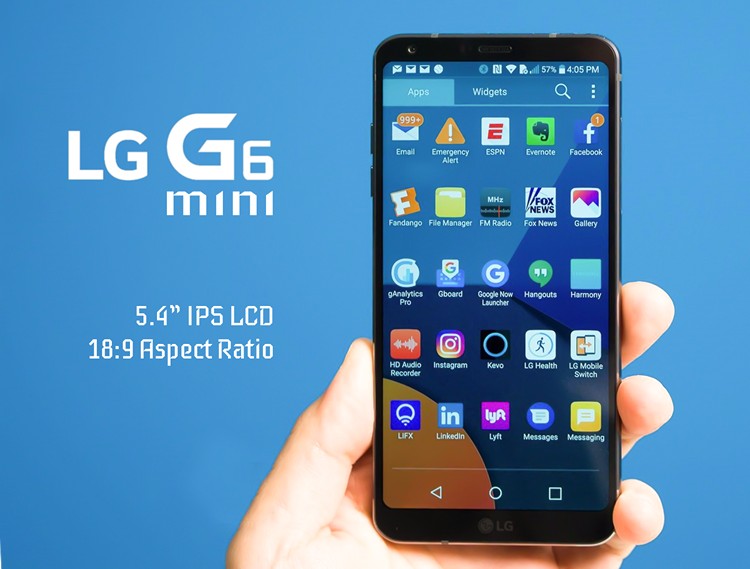 After LG launched its flagship smartphone, the LG G6, the news is that LG might be working on a mini version of its flagship phone. The mini variant is expected to have a reduced screen size – from 5.7 inches to 5.4 inches. An internal document, TechnoBuffalo reports, shows that the new device will retain LG G6’s biggest highlight – an 18:9 display ratio.

But based on the fact that it was last year’s report, Technobuffalo believes that the device may have been scrapped.

Famed leaker Evan Blass, however, this weekend tweeted that the phone is real, the company is working on regulatory approvals. He also confirmed that the phone will be called LG Q6. It will be downgraded to a single 13MP rear camera and will come with 3GB of RAM on board. Blass also said the device was recently spotted on FCC with model number M700.

However, it is not clear if LG G6 Mini will retain all the features of its current flagship as well as the high price. The company could tag it with a lower price based on the lower-end specs and features.

Going by the trend in the smartphone market, a lot of manufacturers release mini versions of their devices with watered-down specs. We presume that LG may choose to launch the G6 Mini, or LG Q6 in select markets, possibly in emerging markets where pricing plays a significant factor in the buying decision.

There is a rumor that the new G6 has very slim bezels and curved corners, delivering a great screen-to-body ratio. It is predicted to have an iris scanner on the front, though nothing has been confirmed yet.

Not many details are floating about on the Internet on the LG Q6. It looks like LG is working hard to regain its lost momentum. Aside from banking on its flagship device, it looks like the LG Q6 is going to hit the mid-premium segment that’s flooded with phones from OnePlus, Motorola and Samsung.