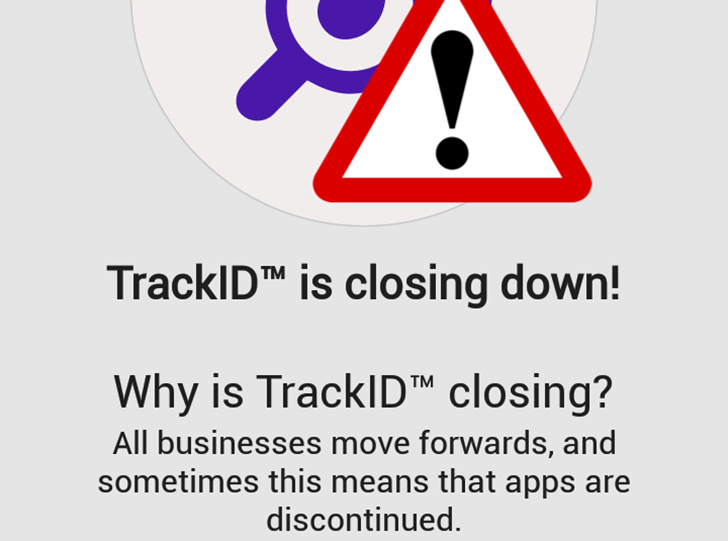 Sony has made a surprise move to discontinue its TrackID music recognition app starting mid-September this year. Sony users might be familiar with TrackID, a pre-installed app on all Xperia handsets before the current Xperia XZ and Xperia XZ Premium. For those who are wondering why Sony did not install by default to the new version, the reason being the service will cease to be offered from September 15, 2017.

The TrackID music recognition service helps identify any music track you hear playing in your surroundings. By recording a short sample of the song, you’ll get the artist, title and album info within seconds.

With this shut-down, the history is lost too. Though Sony has not provided any solution to transfer the list of recognized track to another app, it has recommended Shazam. For quick access, Sony has even given a download link to Shazam.

Shazam also works well with the Google voice commands, and it’s arguably better than TrackID, anyway. It’s a question of customer preference, as there are other music recognition services as well. SoundHound is another option which excels at recognizing hums and humans singing a tune, not just the official song.

Sony has not revealed any further details on the decision taken. It is a general guess that it would be to do with the cost of operating such a service. It requires a lot of data, music deals and staying ahead of top releases all the time.

In case you were using TrackID, you’ll have to save your history somewhere else. You will not be able to access it in any other way when you switch devices, since it will be permanently deleted.

Sony has been shedding a lot of its signature apps, like Live on YouTube last year; PlayMemories Online was also removed from the Xperia Album app. Now it is TrackID.