Home News Samsung and LG Moving to Solid State Battery Tech in 2019, No... 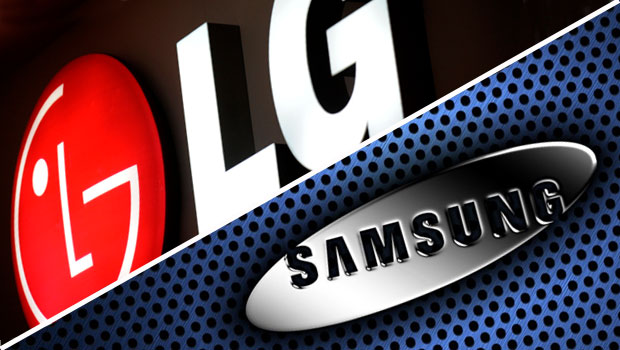 Smartphone batteries can be a risky proposition and no company knows this better than the tech giant Samsung since its Note 7 scandal last year. Since then, Samsung has increasingly being invested in battery-related research and has come out with a solution – solid state batteries.

Smartphones from Samsung could feature solid-state batteries by 2019. Batteries have always been a major concern when it comes to safety. Rare, but widely publicized, incidents of overheating in lithium-ion batteries have also highlighted the importance of safety in battery technology.

Lithium-ion batteries also pose an environmental risk and therefore most smartphones nowadays come with warnings related to disposing of the device.

Several studies and research from MIT and Samsung have bootstrapped a new finding to one of the three basic components of batteries, the electrolyte. The idea is to replace the liquid electrolyte with solid electrolyte. It will also boost in the amount of power stored in the given space. The lithium being non-flammable, is added to a solid electrolyte, and will wipe out safety concerns. There is nothing that can go wrong even if it is nailed or thrown as there is nothing to burn. A battery usually explodes when the liquid inside flows out and reaches air or water outside.

According to a quote attributed to an unnamed executive of Samsung SDI, the company’s technology will reach the level necessary for producing solid-state batteries “in one to two years.” The same source also said that LG Chem made similar advancements in recent times and may also be able to implement solid-state batteries into its devices in the coming years.

The major benefits of these batteries are that they are non-flammable, with low leakage currents. The batteries will charge faster with increased density. It is also more economical compared to the ones available in the market. It is an eco-friendly product as it consists of earth materials. Above all, these batteries last better in extreme conditions – this means the technology would let the batteries function in sub-zero temperatures.

Solid-state electrolytes could be “a real game-changer,” Ceder says, creating “almost a perfect battery, solving most of the remaining issues” in battery lifetime, safety, and cost.
Choi Jung-deok, an analyst at the LG Economic Research Institute said, “Solid-state batteries are a realistic alternative to lithium-ion batteries in solving the chronic safety issue as the development has been relatively faster than other next-generation batteries over the last 10 years.”

Future Samsung S-series and LG G-series might get rid of batteries that pose a risk of exploding, by ditching the traditional liquid electrolyte-based lithium ion batteries.