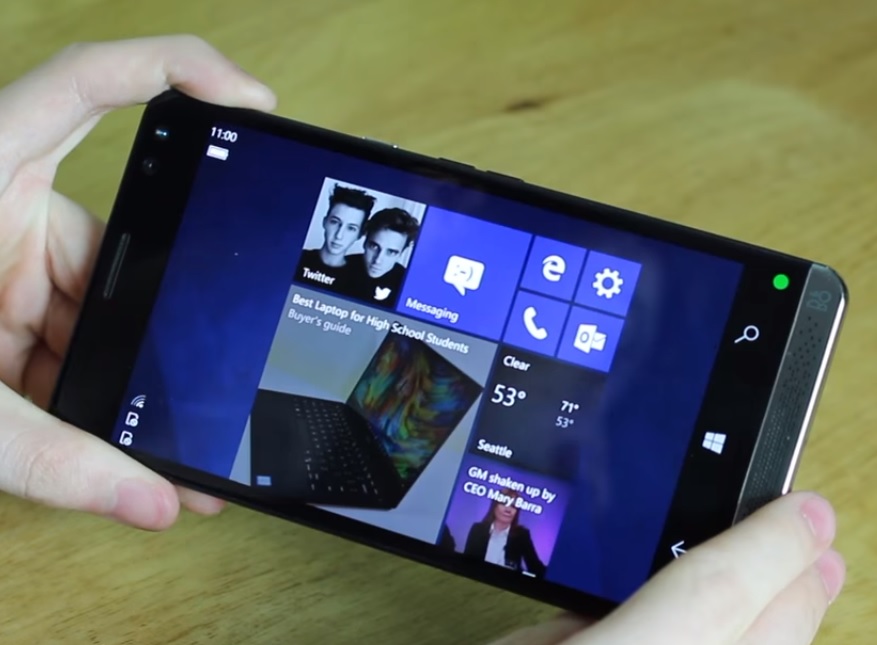 A recent report shows that a Windows 10 Mobile device is already in the testing phase and “floating around corporate offices.” The “mobile-like” prototype device does tie in with earlier reports that Microsoft was working on hardware for a new version of Windows 10 Mobile.

In a recent article, we argued that this could be the “ultimate mobile device” that Microsoft CEO Satya Nadella and other executives have been talking about. In other words, Surface Phone.

This particular device is not confirmed to have the Windows 10 on ARM that at least three major OEMs will be rushing to market in 2017. This appears to be a Windows 10 Mobile device, which means it runs a mobile variant of Windows 10, not Windows 10 on ARM.

That obviously leads to speculation that there could be two families of devices in the works. The first is the Microsoft – Qualcomm project for putting Windows 10 on ARM64 with an emulation layer to run X86 win32 applications, the traditional desktop applications that have been around for decades. The second appears to be a more secretive project that involves a new version of Windows 10 Mobile.

It’s unclear why Microsoft would want to develop yet another mobile version of Windows 10 since they’re actually moving towards a platform- and device-agnostic Windows 10. But that appears to be what’s happening.

While the Windows 10 ARM project is pretty much out in the open, the second one with the new Windows 10 Mobile seems to be top-secret hardware. More so because it’s being built not by the Surface team, but that of Alex Kipman, who heads up Microsoft HoloLens.

That could indicate greater mixed reality capabilities for the mystery smartphone when it arrives, but it could also mean the integration of other technologies used by HoloLens, such as object tracking.

In a patent filing published late last year, Microsoft proposed the idea of using AR (or their own version, mixed reality) to track everyday objects like your keys, your wallet, your shoes and so on. It’s not a stretch to think that the new mobile-like device that’s being tested right now in Microsoft’s corporate offices will get mixed reality integrations on the new Windows 10 Mobile version.

Not much is known about the new mobile OS Microsoft is reportedly working on, but if the project is being led by Kipman, but we know that the HoloLens was one of the first computers to run Windows Mixed Reality on Windows 10. It’s possible that’s the direction the new device will take – a mixed-reality-ready device running a lighter version of Windows 10, but with the ability to run UWP apps from the Windows Store.

We’re going to keep a close eye on this new Windows 10 Mobile version, as well as the device it runs on. This could be a viable predecessor to the Surface Phone that everyone is expectantly waiting for.


Thanks for visiting! Would you do us a favor? If you think it’s worth a few seconds, please like our Facebook page and follow us on Twitter. It would mean a lot to us. Thank you.