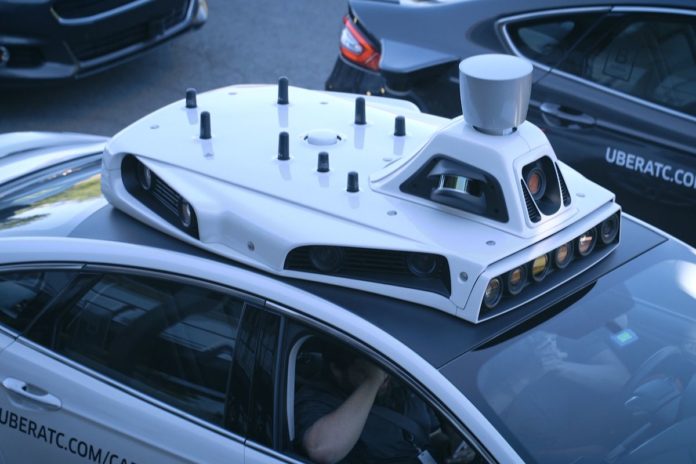 Google’s self-driving car technology spin-off, Waymo, threw a curve ball earlier when it included several patent violations in the allegations against the theft of trade secrets by rival autonomous vehicle tech and car-hailing notable, Uber. Now, Waymo has pulled out three out of four claims for patent infringement.

Alphabet’s autonomous vehicle unit dropped three patent claims that were related to a 3D mapping design called “Spider” that’s based on LiDAR, a commonly used laser technology in the realm of self-driving cars.

The reason for dropping the claims?

“Uber has assured the court in statements made under penalty of perjury that it no longer uses and will not use that device, so we have narrowed the issues for trial by dismissing the patent claims as to that device, with the right to re-file suit if needed”

Another LiDAR design called “Fuji”, however, remains under claim, despite presiding Judge Alsup having said this to Waymo’s legal team:

“I want to reiterate to the plaintiff here that you should think a lot about just dropping the patent part of this case.”

Judge Alsup also urged Waymo to narrow down the trade secret theft claims from 100 to 10, to present it to a jury. Google has now agreed to drop three of the four patent claims in the case, citing the fact that Uber no longer uses this technology and has stated “under penalty of perjury” that it will not do so in the future.

The Waymo vs Uber case is primarily around the theft of trade secrets, and at the center of the controversy is Anthony Levandowski, who was heading Google’s self-driving car project until he moved to Uber. Waymo holds that Levandowski “stole” 14,000 digital documents relating to its self-driving car efforts and then proceeded to use them to help develop Uber’s own capabilities in that area.

Levandowski is now invoking his constitutional right against incriminating himself in any way. His action is a roadblock to Uber’s efforts in countering Waymo’s claims.

Nevertheless, Uber is taking a strong stand to protect itself, saying in a statement:

“Waymo’s retreat on three of their four patent claims is yet another sign that they have overpromised and can’t deliver. Not only have they uncovered zero evidence of any of the 14,000 files in question coming to Uber, they now admit that Uber’s LiDAR design is actually very different than theirs. Faced with this hard truth, Waymo has resorted to floating conspiracy theories not rooted in fact, doing everything they can to put the focus on sensation rather than substance.”

Uber has also issued a statement that it was aware of Levandowski’s actions but the engineer was forbidden to bring any of those documents to Uber.

“Indeed, there is a notable absence of evidence to support Waymo’s theory of the case that Levandowski stole the 14,000 files to bring to or use at Uber. To the contrary, the evidence will show that Levandowski did so for reasons unrelated to his work at Uber—namely, in connection with ensuring full payment of a $120 million bonus from Google, $50 million of which had become payable in October 2015 but was not paid until December 31, 2015—and that Levandowski is taking the Fifth because of the potential exposure associated with that conduct.”

Levandowski was fired from Uber two months ago, but the case continues as Waymo and Uber now prepare to argue their sides in front of a jury.