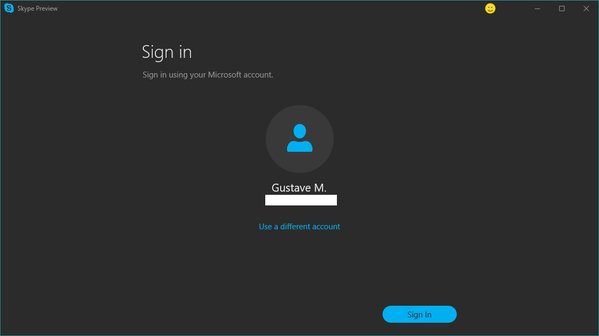 Microsoft has just released a preview version of the Skype UWP app for Windows 10, but only for Windows Insiders on the Release Preview ring. The UI has clearly been tweaked, the hamburger menu is gone and the look is now distinctly a mobile-friendly one. 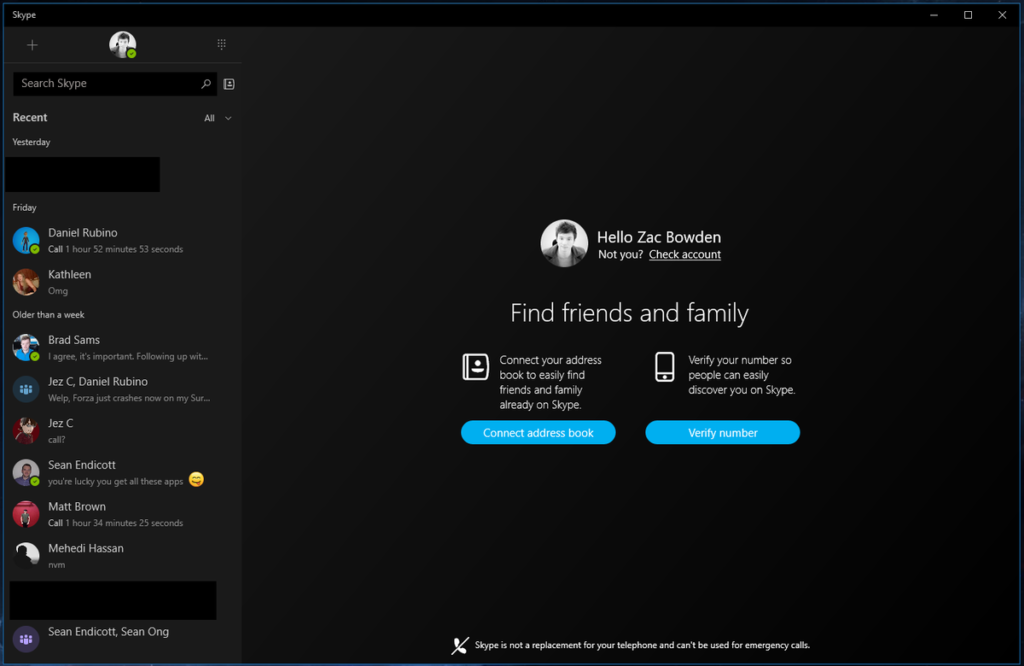 The New Skype, in fact, looks very much like it’s meant to match the look of its iOS and Android app. Skype is now a much more social app that Microsoft hopes will make an ideal mobile messaging app rather than the call-and-chat application it’s always been.

While that doesn’t mean Skype is being rebranded for messaging, the ease-of-use as a messenger app on a smartphone is undeniable. Think of the new Skype as a messaging app with extended capabilities.

When is this version of Skype going to be available to all Windows 10 users? Going by the fact that the major overhauling is almost done and there are just a few tweaks to the UI dropping every now and then, it’s likely that we’re pretty close to a full public release.

Why Rebrand Skype as a Messaging and Social App?

Although Skype is possibly one of the oldest of the popular messaging apps today, it has a significantly lower market share than WhatsApp and Facebook Messenger. In fact, even Snapchat has as many monthly active users – about 300 million.

Skype is almost 14 years old and was first launched in August 2003. WhatsApp was only launched in 2010; Facebook Messenger came the following year, in 2011. Despite the long lead Skype has had over almost every other messaging service that’s popular today, its share of the market is significantly smaller than many.

One of the reasons for that is the fact that Skype has been primarily a desktop application. With mobile Internet speeds on the rise, it makes more sense to retool it for smartphones and other mobile devices. And that’s what we’re seeing now.

The other major shift is to make the app more social so it can compete against the likes of Facebook Messenger, WhatsApp and Snapchat, it’s three main non-Chinese rivals in this space. With more social elements, Microsoft hopes that its loyal users will bring more users to the fold.

User growth is undeniably the most important metric for any social platform. Just look at Facebook, still growing at strong rates despite hitting 2 billion users. Facebook and Twitter both added about 3 million users to their North America user base over the past six months, but Facebook added it despite the extremely high penetration levels of its own apps in North America. Twitter, on the other hand, added 3 million to its 300+ million user base.

There’s a basic difference there because you’d assume Twitter would grow much faster because the opportunity is bigger for growth when you’re relatively small. But that’s not the case.

When you keep that in mind, Skype’s total global user base of only 300 million is a paltry number for a 14-year-old app.

And that’s why the recent moves by Microsoft. Skype is getting more streamlined, device support is being dropped like hot potatoes, everything is being aligned to mobile and the social element is now getting much stronger than it ever was.