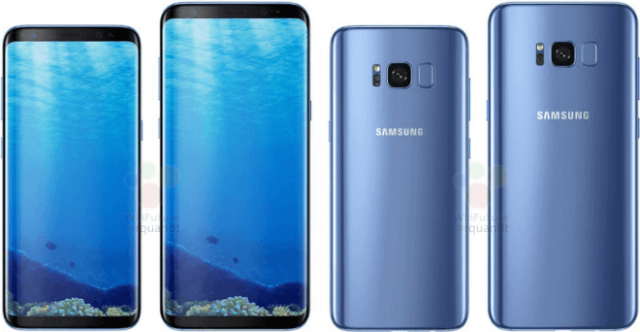 Samsung’s Galaxy S8 and Galaxy S8 Plus, the best flagship handsets of 2017 (so far), are available with unbelievable deals right now on Groupon. The deal stands out as an incredible one for Galaxy S8 and S8 Plus, known for their superior performance and design.

The Groupon deal seems even more attractive than recent Amazon deals for the same devices. Groupon is offering $150 off the original price and even beats Amazon’s Galaxy S8 deal price by $65 and $100. The Galaxy S8 is on sale for $574 and the Galaxy S8 Plus is $674.

The Groupon deal on these two smartphones will expire on July 18. The smartphones are unlocked versions and compatible with both GSM and CDMA carriers.

There’s no trade-in involved, and you’ll get a brand new unlocked device with a 1-year guarantee from Samsung, which is offering the deal directly.

It’s a good deal considering that these are premium devices, and the best smartphones released this year. Galaxy S8 is one of the best-looking smartphones around, with quick iris scanning, narrow bezels, water resistance, dual audio and a separate app for audio, 64 GB of internal storage and so on.

On the other hand, there are at least 3 reasons why you might not want to take up this amazing Galaxy S8 deal on Groupon: the Galaxy Note 8, the iPhone 8 and the Google Pixel 2. All these devices have their launch schedules lined up over the next few months.

But then again, all these devices are going to retail at upwards of $1000, so if you’re not into spending that much, go ahead and take a look at the Groupon deal. If you’re keen on purchasing two devices, you can opt for their BOGO offer (buy one get one free) that’s also live as of this writing.

3 Thanksgiving Tips to Save You Some Money this Year