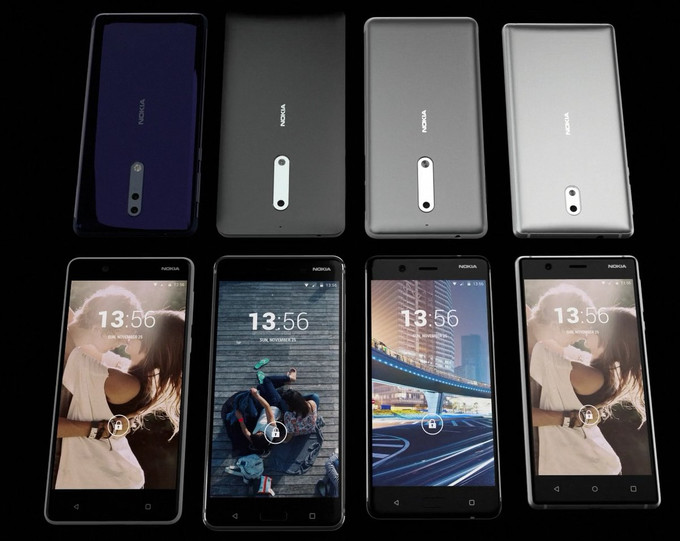 Nokia, the Finnish tech giant, under the auspices of HMD Global, will soon unveil the Nokia 8 following the launch of mid-range smartphones Nokia 3, Nokia 5 and Nokia 6. The company is said to be working on two high-end smartphones – Nokia 8 and Nokia 9 – but recent information shows only the Nokia 8 to be unboxed soon.

Nokia’s 3, 5 and 6 smartphones are powered by Qualcomm’s Snapdragon 202 SoC. The launched smartphones are available for pre-order, and the devices promise to deliver the perfect smartphone experience for first-time users.

Though our initial learning was that HMD Global was to release Nokia 8 and Nokia 9, two higher-end Android smartphones, a recent report suggests that only one higher-end smartphone Nokia 8 is lined up for a release soon, probably the end of July.

The Nokia 8 will be equipped with a renewed lineup of components and features – Qualcomm Snapdragon 835 processor, 4 GB RAM with 64 GB internal memory. The phone will come with dual camera sensors with Zeiss-branded hardware.

The Nokia 9 smartphone will also be powered by Qualcomm’s latest Snapdragon 835 SoC, along with 8GB RAM and 64 GB of internal storage. Nokia 9 is expected to come with a dual rear camera setup with a 5.3-inch QHD display, as revealed earlier. Though nothing has been attested by the company, several leaks and speculations have given away key details about the upcoming smartphone.

Nokia 8 is said to be launched in four color variants – blue, steel, gold blue, and gold copper – and expected to cost a little bit below €600 in Europe.

An image leaked a few months ago shows the device – looks like an early version of it. The handset seen on the left in this image is likely to be Nokia 8 – that’s something only the actual release will confirm, and that’s only about two weeks away.

Nokia 8 is set to be officially announced by the company in Europe later this month. The official announcement will throw more light on the features and design.