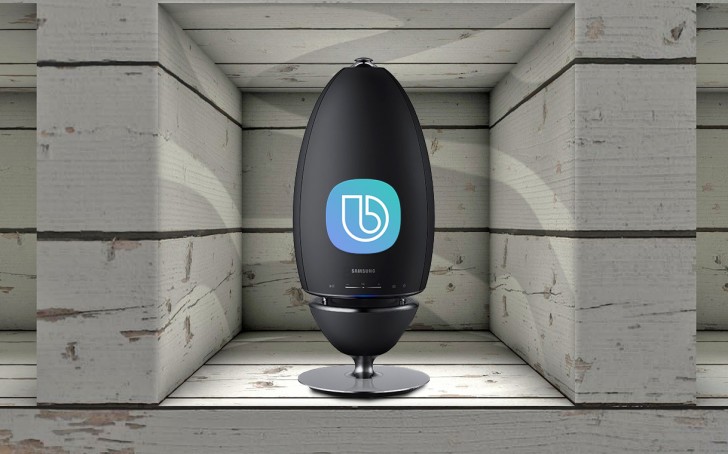 Earlier this month, there were speculations on Samsung’s plan to create a smart speaker featuring its Bixby voice assistant and take on Amazon Echo and Google Home. But a recent report from The Korean Herald shows that the Samsung has decided to park the feature for now and is not in a hurry.

Though Samsung was enthusiastic about developing an AI speaker, it has decided to put a pause on the project, as it feels there is not enough of a market for a new product, given the current players already dominating the smart speaker market.

The Korean market is relatively small to invest in AI speakers and, further, the market is strongly held by SK Telecom’s NUGU with around 100,000 units of sales. Amazon Echo currently holds over 70% share of AI speakers in the global market, with Google Home on the rise.

After Samsung rolled out Bixby on its Galaxy S8 and S8+ phones in South Korea and the US, the expected focus was to be on enhancing its voice capabilities. Considering that, the decision to hold off on a Bixby AI speaker might not be the right move, while the trend is starting to catch on.

According to the Global Market Insights report, the speakers are set to grow to a whopping $13 billion by 2024.

Bixby AI’s English version was delayed for months and was finally released for Galaxy S8 and S8+ users in the US earlier this week. It stills needs to be rolled out in other markets.

An AI speaker allows the user to play music or provide information with simple voice commands. In 2014, Amazon Echo was the first to penetrate the AI smart speaker market and, since then, Google Home is slowly picking up the pace, with Apple’s HomePod coming later this year. Microsoft could also be getting ready to release its own Harman Kardon Invoke smart speaker closer to the holiday season.

Meanwhile, the Korean local market is also becoming fiercer. SK Telecom launched its voice assistant speaker NUGU last year, followed by GiGA Genie, and other players Naver and Kakao are set to unveil their own AI speakers later this year.

EMarketer forecast that 35.6 million Americans would use a voice activated device like Amazon Echo or Google Home every month in 2017. Gartner predicted that 75 percent of households in the US will have one voice speaker, while 20 percent have two and 5 percent will have three or more devices.