Home Microsoft Surface Mobile aka Surface Phone Could Get Battery Bump from Windows 10... 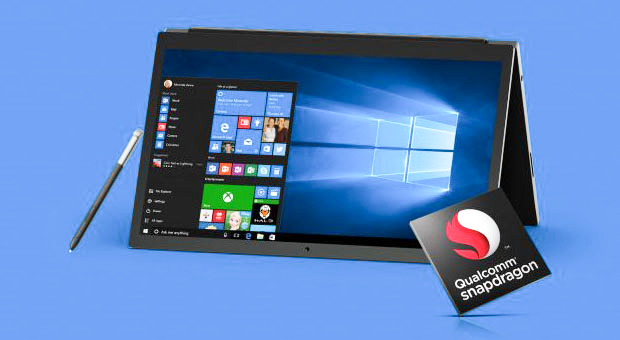 Microsoft is currently collaborating with Qualcomm, Lenovo, HP and ASUS to create Windows 10 on ARM Surface Mobile devices that could have pretty impressive battery life.

While on the one hand, we’re reluctant to submit to the fact that the company doesn’t intend to release a Surface Phone type device through this partnership, any Surface mobile device – even a larger one – with Windows 10 on ARM could have a considerably longer battery life.

ARM processors are far more efficient than x86 processors. That’s a mantra that’s been repeated over and over again within the industry. But is it really true?

Studies have shown that this could actually be a myth. While it is extremely difficult to pit one ISA (instruction set architecture) against another because of several factors, the University of Wisconsin has conducted fairly robust benchmark tests comparing ARM, x86 and MIPS that show that there is no intrinsic power consumption advantage with the ARM instruction set.

Admittedly, this study was conducted three years ago, and the fact remains that much of the power efficiency of a processor relies on the design and hardware aspects, as well as things like library support and compiler optimization.

That said, new iterations of ARM are organically more power-efficient than their predecessors. Again, that’s more to do with efficiencies in design, hardware and other factors.

Back to Surface Mobile from Microsoft.

If Microsoft’s objective is to create a Surface Mobile with a tablet form factor and longer battery life than, for example, the new Surface Pro 2017 with its 13.5-hour battery life, then this question suddenly pops up: how much more efficient can they make it, and is it worth the effort?

We know that Microsoft is exploring LTE for larger devices so they can be ‘always on’ and connected to the Internet. And SoCs from Qualcomm’s Snapdragon line are able supporters of advanced LTE, which provides connectivity speeds somewhere between mainstream 4G and the next generation 5G technology. So that makes for a natural marriage between Microsoft’s Surface products and Qualcomm’s Snapdragon lineup.

But now, the question turns into one of value over effort. Unless Microsoft can offer a Surface Mobile device with 20 hours or 30 hours of battery life, and with the performance of a Surface Pro, why take the trouble at all? Looking at it from the other side, if Windows 10 on ARM can only provide, say, a 20% bump in battery life, then it doesn’t make sense to invest all that time, money and effort on developing such a product.

Of course, having perpetual connectivity – like smartphones – is a big advantage. There’s zero reliance on Wi-Fi availability, and with cellular data speeds now on the verge of surpassing anything that even fiber optics can offer, it does make sense to look at ARM as Windows’ newest friend.

Now, that might look like a balanced view, but it’s not. The truth is, the argument is heavily skewed towards Microsoft wanting to get Windows 10 into smartphone-size form factors, not tablets and laptops. Yes, the latter would be a great line of products to have, but the former is far more crucial to the company’s re-entry into the smartphone segment.

In the end, we’re left with a strong business case for Windows 10 on ARM, but it does lean towards smaller hand-held devices rather than any other category of mobile devices.

But there’s a way out of this dilemma: the Surface Mobile that’s coming out this year could have multiple screen sizes, and Microsoft has already indicated that this might be the case. That means at least one possible display size option that would fit into the smartphone/phablet category.

If that’s true, then we could see at least one version of the Surface Mobile aka Surface Phone concept coming out this year – the one with Windows 10 on ARM, CShell support, and full desktop capability.