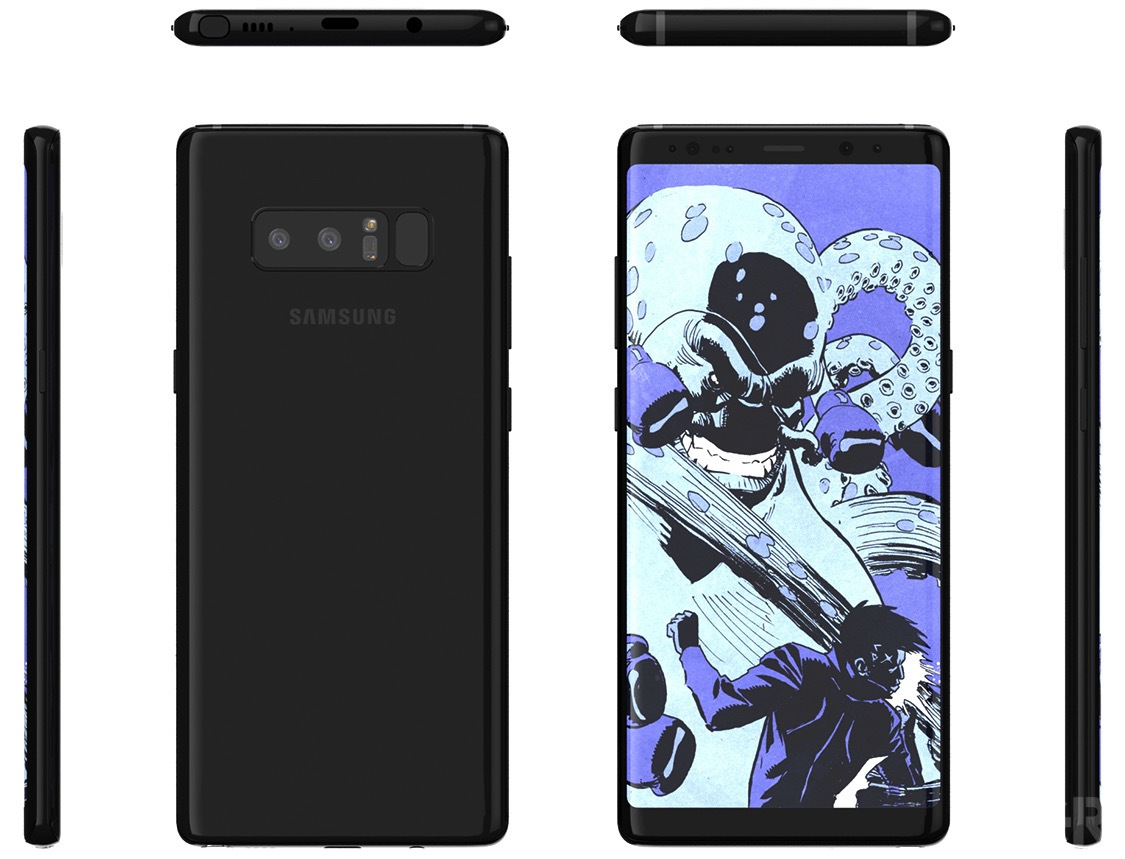 Samsung Galaxy Note 8 is soon to be unboxed, on August 23, at an event in New York city, and shipments are likely to begin sometime in September.

Thanks to new renders from leaked images, we now have a better look at the new phablet from Samsung. It also confirms that the device has a higher screen to body ratio than S8+.

Through the leaked information so far, we know everything that we can look forward to in the futuristic device, including the release date.

Galaxy Note 8 is definitely marked as one of the most high-end smartphones of the year.  The images are based on genuine details and schematics that were leaked from the company and they are believed to be our best look yet at Samsung’s best ever smartphone.

Here are some of the features rumored so far: the Galaxy Note 8 is expected to be equipped with 6GB of RAM and the screen said to be 6.3 or 6.4 inches across. The device is designed to give a bit boxier look compared to the very curved Galaxy S8, something similar to previous Note series phablets. The Galaxy Note 8 packs an iris scanner – similar to S8 – a front-facing camera and an ambient light sensor.

The Galaxy Note 8 will sport a USB Type-C port, speaker, and 3.5mm audio jack. An earlier report says it will feature two speakers, on both its top and bottom. To accommodate the S Pen, the Galaxy Note 8 is said to ship with a battery that is smaller than the 3500mAh cell powering the Galaxy S8 Plus.

Being the best smartphone of the year from Samsung, the Galaxy Note 8’s price is expected to be higher than the Galaxy S8 series – in excess of $1000, according to multiple reports.