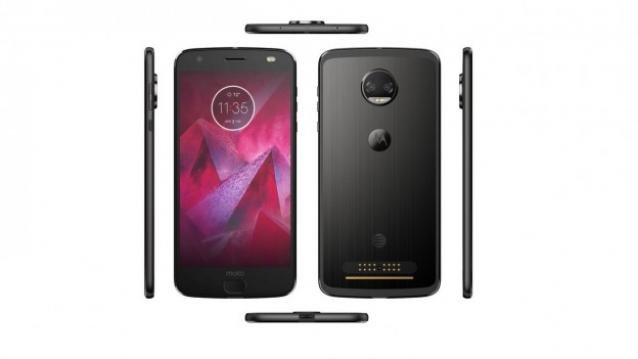 Today, July 25, Motorola will be launching Moto Z2 Force, the second member of the Moto Z2 family. The announcement comes along with that of Moto X4.

Moto Z2 Force is a slightly upgraded version of Moto Z Force, with the embedded fingerprint scanner present under the display. The device will come with a sleek body, but at the cost of the battery. The battery is said to be reduced by 22 percent from the earlier version. That’s similar to what happened with the Moto Z2 Play against the original Z Play. The leaks also suggest that it may not be a much of an upgrade version for the US consumers from the original Z Force.

The leaks also suggest that, for US consumers, it may not be a much of an upgrade from the original Z Force, except for the embedded fingerprint sensor on the physical home button and other not-too-earth-shattering upgrades.

The battery issue on the Moto Z continues to plague Lenovo, apparently. At a time when most smartphone users expect at least a full day’s life on a single charge, reducing battery size might not be the right move. Therefore, lowering the battery capacity in exchange for enhancing something else is something difficult to accept, unless the company comes up with a reasonable explanation for doing so.

Moto Z2 Force is expected to come with IP68 certification, making it water and dust resistant.  Memory seems to be categorized region wise, with various combinations of RAM and storage; but, for sure, the US model is said to have the most high-end specs of the bunch. However, all variants will be supported by microSD slot expandable up to 2TB.

On the camera front, it will follow in the footsteps of the flagship devices launched this year. The device will have a dual 12MP main camera setup – a dual rear camera with one sensor bearing 12-megapixel resolutions and the front selfie snapper sporting a more modest 5-megapixel resolution.

In terms of other specifications, the Moto Z2 Force is likely to come with a 5.5-inch QHD display and Android Nougat 7.1.1, powered by an octa-core Snapdragon 835 SoC. The phone will be compatible with old Moto Mods like the JBL Soundboost Mod and new Moto Mods, some of which were unveiled during a recent event in Ghana – a 360-degree camera Mod, DSLR Mod, Direct RV Mods, and DSLR Mod.