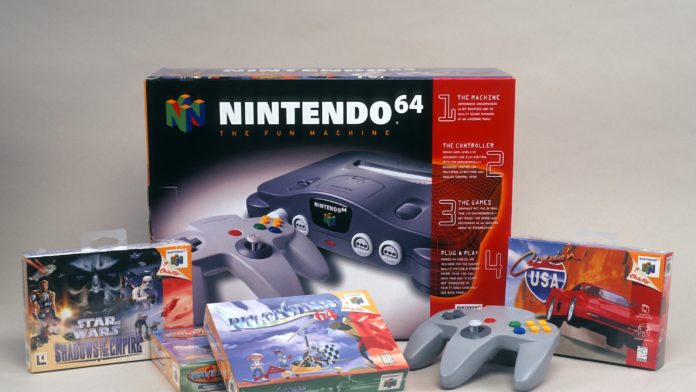 Nintendo 64, or N64, was one of the Japanese gaming company’s earlier successes, having moved more than 32 million units before it was discontinued in 2003. Now, the company has given thought to re-vamping the old Nintendo 64 as a Classic Edition.

N64 was the third home video game console released by Nintendo for the international market. It was one of the most popular consoles that the company has ever released and was the last major console to use the cartridge as its primary storage until the Nintendo Switch was released in 2017.

For now, we can only assume that the company will follow the same model it has done with its other consoles -smaller and more compact to fit in the palm while ensuring the same capabilities are retained. Above all, it is believed to be cost effective and could come in at below $100.

There is no official announcement about the N64 re-launch by Nintendo. But, the assumption is based on the trademark Nintendo has filed in Europe for an N64 Classic Edition. The controller image seen in the file resembles the classic Nintendo 64 accessory.  Being one of their most adored consoles ever, there is no reason for them not to consider the Nintendo N64 Classic Edition.

The speculation is that the company might only launch the Nintendo 64 Classic Edition after the SNES Classic Edition closes production. That makes sense too in light of the company cleaning up its product line and streamlining it to prevent cross-console cannibalization.

Nintendo 64 and its new avatar isn’t being discussed by the company at the moment, but there’s no reason for them not to release a nostalgic console like N64.

Thanks for visiting. Want to learn how to be a paid video game tester? Learn More