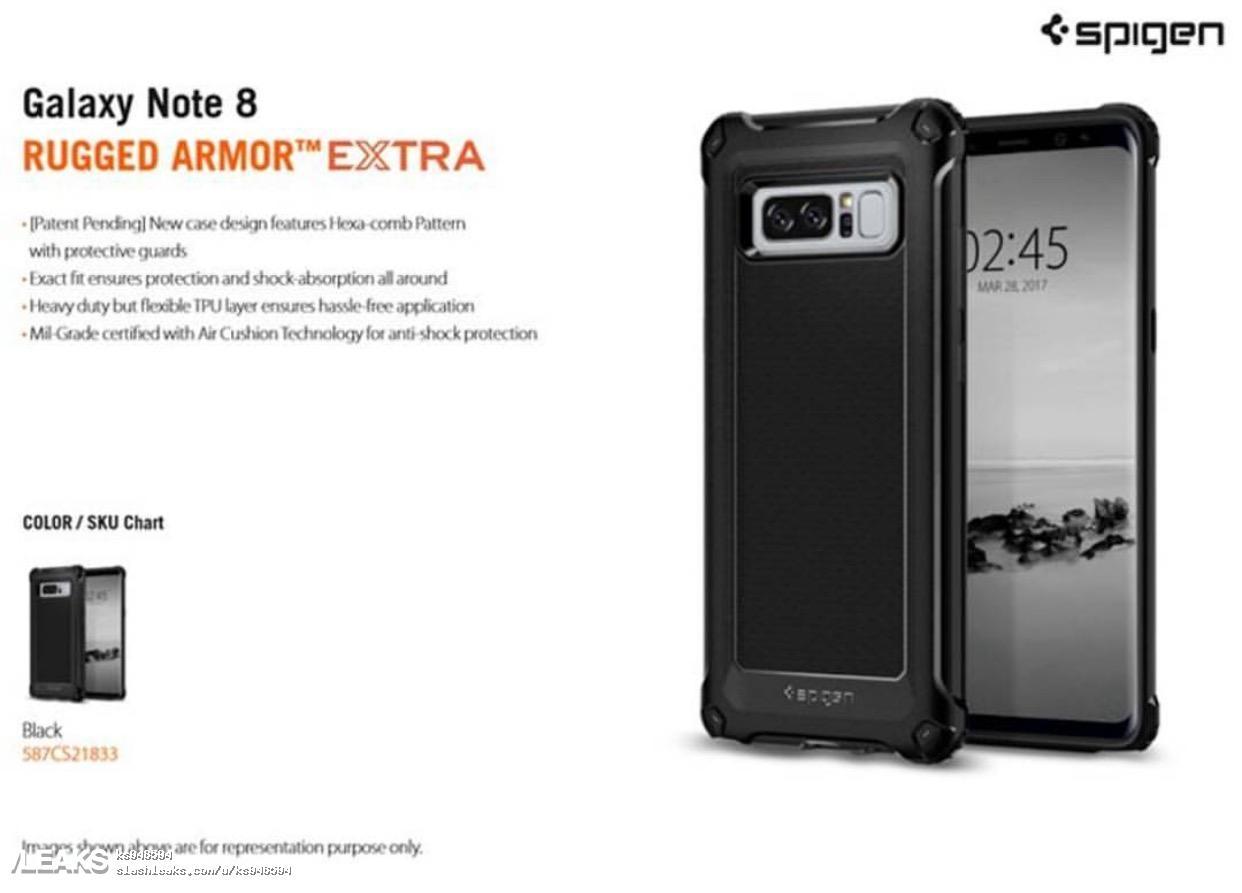 After a lot of speculation on the Galaxy Note 8, Samsung recently confirmed via a thinly veiled invite that the device will be unboxed at an August 23 event in New York and be available in September. Now, fans at least know that the much-anticipated smartphone is just around the corner.

For the last few months, several renders gave us a crystal clear look of Samsung’s upcoming new Galaxy Note 8. While we thought the best images were leaked so far, we have a more recent image leaked by the smartphone case maker Spigen. Two images of the upcoming Galaxy Note 8 mocked up in two different Spigen cases were posted on Slashleaks over the weekend. These images give us yet another look at Samsung’s updated flagship phone’s design. 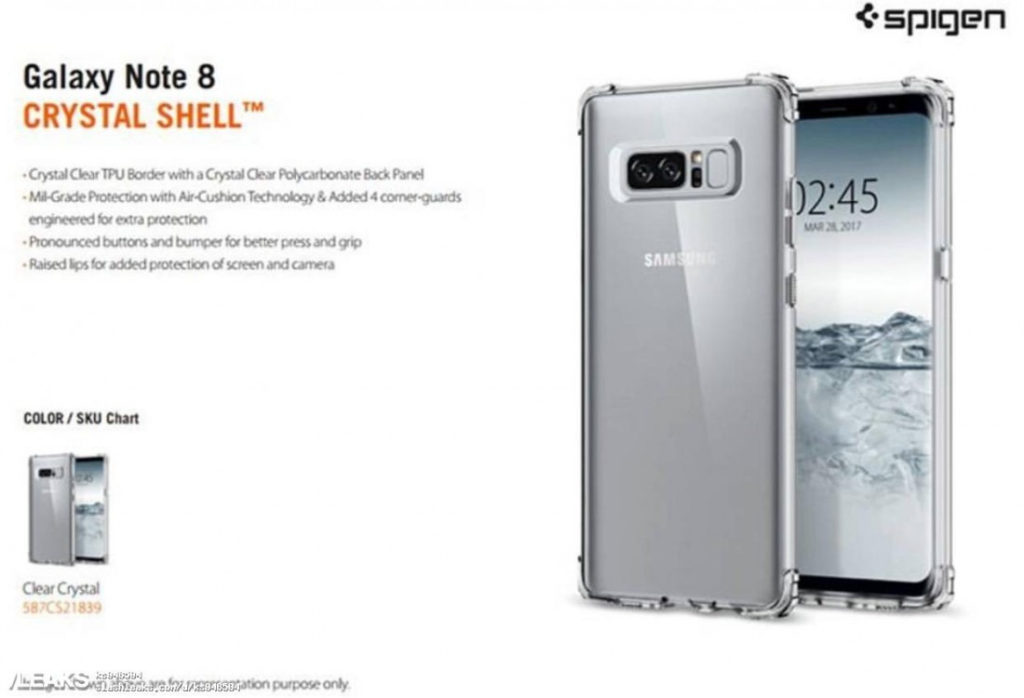 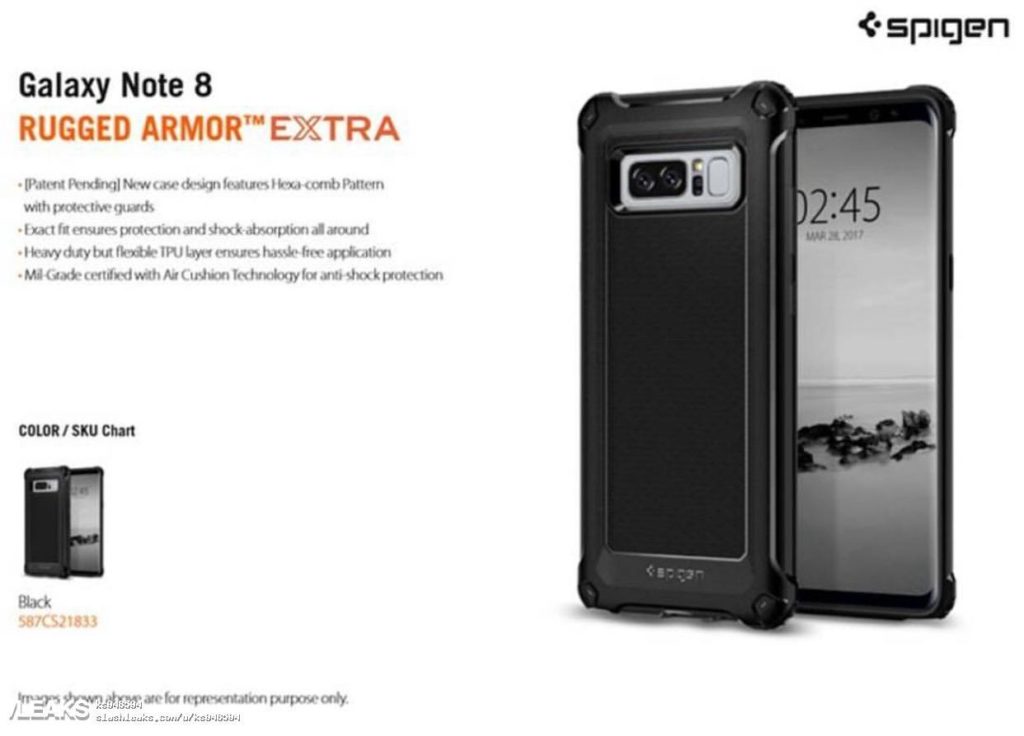 Spigen Inc, a phone accessory maker based in the United States, is well known for its cases, screen protectors and other accessories for various smartphone models.

As pointed out in an earlier article, the device comes with a slightly boxier look compared to the curvaceous Galaxy S8, sporting a theme comparable to previous Note series phablets.

The Galaxy Note 8 is expected to be equipped with 6GB of RAM and said to be 6.3 or 6.4 inches across. The device packs an iris scanner similar to S8, a front-facing camera, and an ambient light sensor.

Some of the known features include a USB Type-C port, two speakers, one on both its top and bottom and a 3.5mm audio jack. To accommodate the S Pen, the Galaxy Note 8 is said to ship with a battery that is smaller than the 3500mAh cell powering the Galaxy S8 Plus. In Galaxy Note 8, the fingerprint scanner is said to be mounted on the rear, next to the camera. That’s similar to the current S8 setup, but the spacing on the Note 8 is said to help avoid accidental smudges on the screen while trying to fumble for the fingerprint sensor.

With the Galaxy Note 8 expected to be available in September, it could clash with the release of iPhone 8, which is also expected early that month.