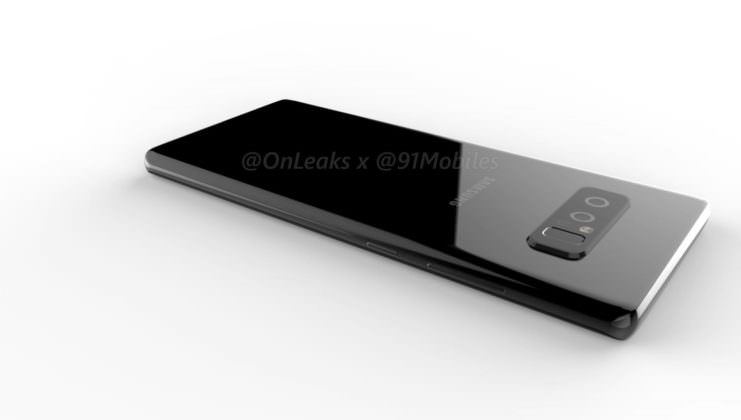 The highly anticipated Samsung Galaxy Note 8 is right around the corner, and the information available so far gives us a fair idea of what we can expect from the flagship device.

We have discussed the Infinity Display, specifications, and technology advancements in various earlier articles. Now, let us take a look at the host of color options to consider.  While the color is something not on top of everyone’s priority list, still, some might have their opinions about the options.

The color options are most likely to be Black, Orchid Grey, and a new Deep Blue. Samsung has used Black and Orchid Grey in previous devices and they are well accepted in the market. The company did release a blue version of Galaxy S7 Edge last year after the Note 7 fiasco played out, but that was a much lighter Blue Coral.

Most of them choose Black without giving a second thought as it goes with every outfit and occasion. Black is considered to be a very formal, elegant, and prestigious color. In fact, black might even be the new black!

Orchid Grey is a lighter option for users who don’t prefer a dark shade. However, choosing between the two devices is going to be a challenge for many, since both the Black and Orchid Grey look very cool. Orchid Grey was well accepted on devices like the Galaxy S8.

The center of attraction, though, is going to be the new Deep Blue. Samsung has offered blue shades in their Galaxy Note series before – Blue Coral was offered on the ill-fated Galaxy Note 7, and the S7 Edge, as mentioned earlier.

Other specs have been done to death, but here they are again: 6.4-inch Infinity Display, 6GB RAM, iris scanner, ambient light sensor and so on.

It looks like the color options were the only thing not yet discussed, and now we have that as well. Unless Samsung goes a little wild and releases something to compete with the iPhone (PRODUCT)RED, we can expect the Note 8 to take on more subtle hues.

Samsung is expected to launch the Galaxy Note 8 on August 23 in New York. Availability could come in early September in small numbers, with a second wave coming towards the end of the month.