Home Google Everything About Google Pixel 2 and Pixel 2 XL So Far: Schedule,... 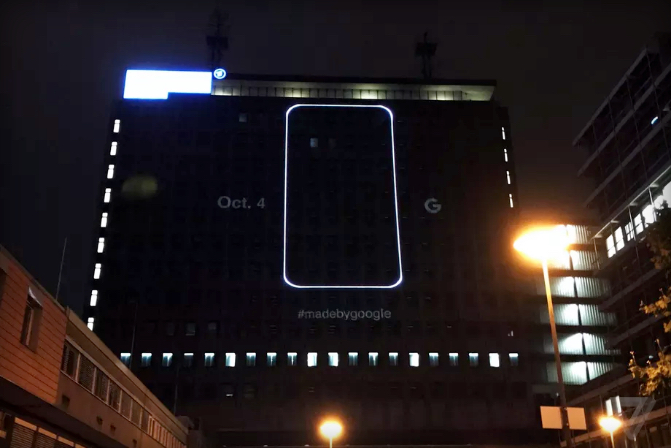 Google is likely to follow the same launch pattern of Pixel and Pixel XL from 2016, which means an October unveiling for Google Pixel 2 and Pixel 2 XL as well.

Both devices have been in the news for quite some time now, with a lot of hearsay around design and specifications. To begin with, Olixar, a commercial phone case supplier, showed a sleek and stylish handset confirming that Google will drop the headphone port and once again launch both phones in identical form, except for size and battery capacity.

One of the rumors from Steve Hemmerstoffer, aka @OneLeaks, historically one of the most accurate leakers around, reported that Pixel 2 and Pixel 2 XL will come in 5-inch and 6-inch options, respectively.

Though there is a lot of speculation on advancements in the new devices, a couple of decisions by the company leaves us more than a little surprised.

First, the decision of removing the head phone jack port completely, when it did a reasonably good job in the earlier version of Pixel. With this, there will only be the single USB-C port, and users may have to use adaptors or look for a Type-C headphone to go hands-free. That’s kind of what happened with iPhone 7 and 7 Plus last year, so if that’s the case here then we can probably expect an adapter to be included with the phones.

Second comes the camera bump on the Pixel 2 and Pixel 2 XL, which is a little odd. Steve confirmed that both devices would not have flush cameras, making it harder to use on flat surfaces. Steve explains that Google opted for Optical Image Stabilization (IOS), which has created the bump.

Hemmerstoffer explains that he is “99.99%” confident in his sources for these renders, and hopes that Google comes up with a good enough explanation for doing so.

The Pixel and Pixel XL were announced in October 2016 and went on sale in the same month. Things will probably be more or less the same this year. If so, then the upcoming smartphones from Google are likely to be available for pre-order right after their reveal, with sales officially kicking off a few weeks later, globally.

Similar to other premium smartphone devices to be unveiled this year, Pixel 2 and Pixel 2 XL are also said to enjoy a hefty price tag. Other rumors show that it may be $50 higher than the previous Pixel versions, with the top end variants going past the $1000 barrier.

That said, there is also speculation that Google might lower the price to make the Pixel 2 more competitive. This is going to be a difficult year for manufacturers to eke out a profit, except for Apple, which already rakes in more than 90% of the smartphone industry’s profits.

There are just too many premium models in 2017. Aside from iPhone 8 there’s the current Galaxy S8 and S8+ from Samsung and the upcoming Note 8, not to mention the Essential Phone from Android co-creator Andy Rubin’s hat. So, taking a price hit on this year’s Pixels might not be a bad thing for Google.

Google has remained tight-lipped and hasn’t revealed any details on the upcoming Pixel 2 and Pixel 2 XL. From the rumors floating around, it’s a fair guess that the front of the handset will have a slim bezel, with a fingerprint sensor mounted on the back. Looks like the device will be packed with a single camera, which might be a little outdated considering the booming dual camera scene in 2017.

According to recent rumors, the smaller device will sport a 4.97-inch display with full HD resolution, and Pixel 2 XL a 5.99-inch QHD display that will be manufactured by LG. Both smartphones will be the first to come with Qualcomm’s Snapdragon 836 SoCs processors, if rumors prove true.

The significant difference between the two devices will be the screen size, while the rest of the features are expected to be similar. Both devices will run Android 0, marking its debut. However, there may also be some design variations because Google is using two different vendors – HTC and LG. LG’s version could come with OLED displays.

Pixel 2 and Pixel 2 XL image renders show a black metallic body with an unsightly camera bump. The fingerprint scanner and the Google logo both sit on the back of the device.

Other features like water resistance, a squeezable frame, fingerprint sensor and much more are in store. It will sport 4GB RAM and 64 GB, and Pixel 2 is said to feature two front-facing stereo speakers, which is a welcome addition.

This is all hearsay so far, including the rendered image leaks, as nothing has been released by Google, officially. However, rumors and leaks about premium smartphones have been fairly accurate over the past year or so, which means a lot the information around Pixel 2 and Pixel 2 XL might not be far off the mark this year.