Amazon Web Services (AWS) may have already lost its position as the largest cloud player in terms of revenues to Microsoft, thanks to the latter’s surging cloud-based software products, which saw the company’s annualized cloud revenue run rate exceed $18.9 billion during the most recent quarter. Meanwhile, Amazon’s AWS posted $4.001 billion in revenues during the most recent quarter, giving them an annual run rate of $16.1 billion.

But despite giving up the throne on the overall cloud revenue front, Amazon’s position in the Infrastructure as a Service market remains unchallenged. Considering the way competition has been on Amazon’s tail for many years now, Amazon’s number one position at the top of the pile shows how strong the company’s product is. Data released by market research firm Synergy Group shows that during the last four quarters, Amazon actually managed to increase its market share by one percent, the same as the much smaller Google, and slower than Microsoft’s 3% gain.

“New Q2 data from Synergy Research Group shows that the four leading cloud providers all continue to maintain or grow their share of the worldwide cloud infrastructure services market. Microsoft and Google have almost doubled their quarterly revenues since Q2 of 2016 and both have increased their market share substantially; but market leader AWS also continues to grow its revenues more rapidly than the overall market, so it too has increased its share despite its much larger scale” – Synergy Research Group 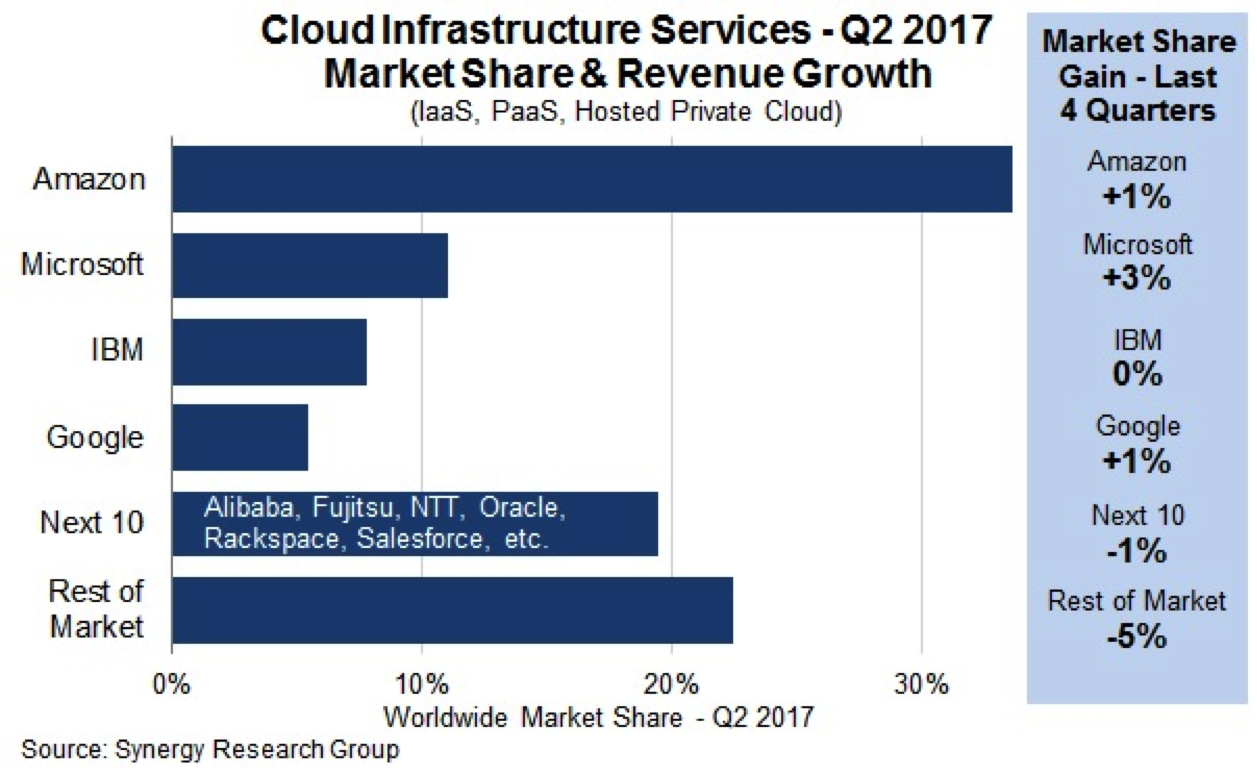 As we can clearly see, the top vendors are crushing the rest of the world as they keep eating into the market shares of smaller players. But despite multi-pronged competition with deep pocketed Microsoft, IBM, Google and Oracle over the last few years, Amazon continued to expand its footprint; and this could only be possible if the consumers around the world still think that Amazon Web Services is the best player available in the market, thus attracting more new customers to its fold while holding on to its existing customers. 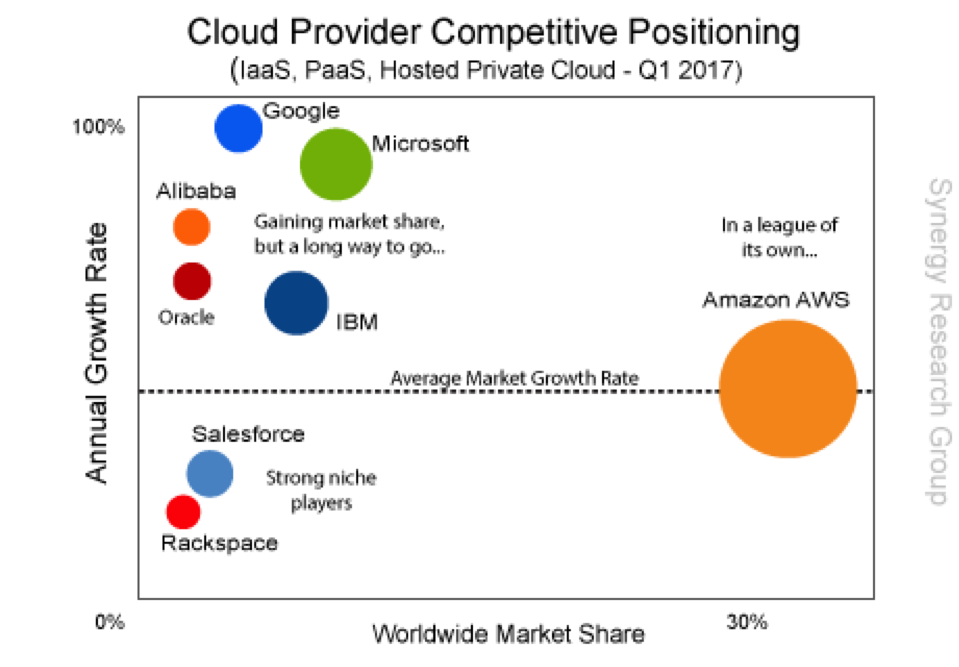 Amazon has closed the second quarter of the current fiscal holding 34% marketshare, with Microsoft holding 11% and Google holding 5%. There are several reasons why Amazon Web Services will hold its Infrastructure as a Service crown for many more years to come. For starters, they already have a head start over other players and have a well-rounded product. There is not much for the new player to offer and disrupt the market, as whatever they do can be matched by Amazon with a product of its own.

Amazon Web Services continues to enjoy fat operating margins, which have stayed above 20% for the last several years. The high operating margin levels will allow Amazon to compete strongly if the competition wants to drag it down with price cuts.

With these two strong moats against the competition, AWS is likely to stay on top of the public cloud market for a long time to come.