Every executive at Apple that’s connected in some way with iPhone 8 must be going through the worst jitters of their life right now. Ahead of the iPhone 8 launch, everyone from Tim Cook to the designers and iOS 11 engineers will be biting their nails, hoping that all goes well.

Apple’s upcoming iPhone 8 is said to be bundled with high-end technology and is expected to be the most expensive smartphone ever released by Apple.

The technology includes facial recognition, wireless charging, and an OLED display. And now, a recent update via Slashleaks shows that the 3D sensing camera module will be integrated as well.

Though it was speculated that Apple is working on 3D sensing, there was no clarity on when the feature will be ready to roll out. Morgan Stanley has also predicted that the feature will be present on iPhone 8. The hard evidence comes from Apple supply partner Largan Precision, which confirmed that it would be shipping 3D modules for the high-end device later this year. Possibilities are that the high-end device the company was referring to is iPhone 8, which is expected to launch in September and ship later this year. 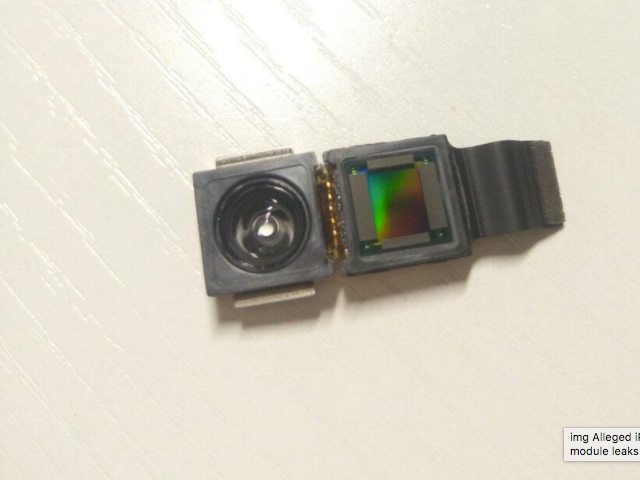 The 3D sensor module for the upcoming premium flagship has been called “revolutionary” by notable Apple analyst Ming-Chi Kuo of KGI Securities.

The image leaked on Monday gave us a first look at the 3D sensing camera module designed for iPhone 8. There is no detail on the technology, but in comparison with the earlier dual camera sensor leak, the image revealed an extra component, giving way for a prediction that this could be for 3D functionality.

KGI Securities’ Ming-Chi Kuo reported that the camera will have three modules – a standard front facing the camera, one for infrared transmitting and the other for receiving; all combined, it will allow iPhone 8 to perform 3D sensing and modeling functions.

The analyst also added that the feature set could be used for gaming purposes, although he stopped short of elaborating on that capability.

Given the launch date for iPhone 8 is right around the corner, it is difficult to guess if the image leaked is authentic. The speculation is that, with the 3D sensing integrated in the front-facing camera, it will support 4K video recording. This again refers to the recent HomePod firmware code that corroborates that assumption.