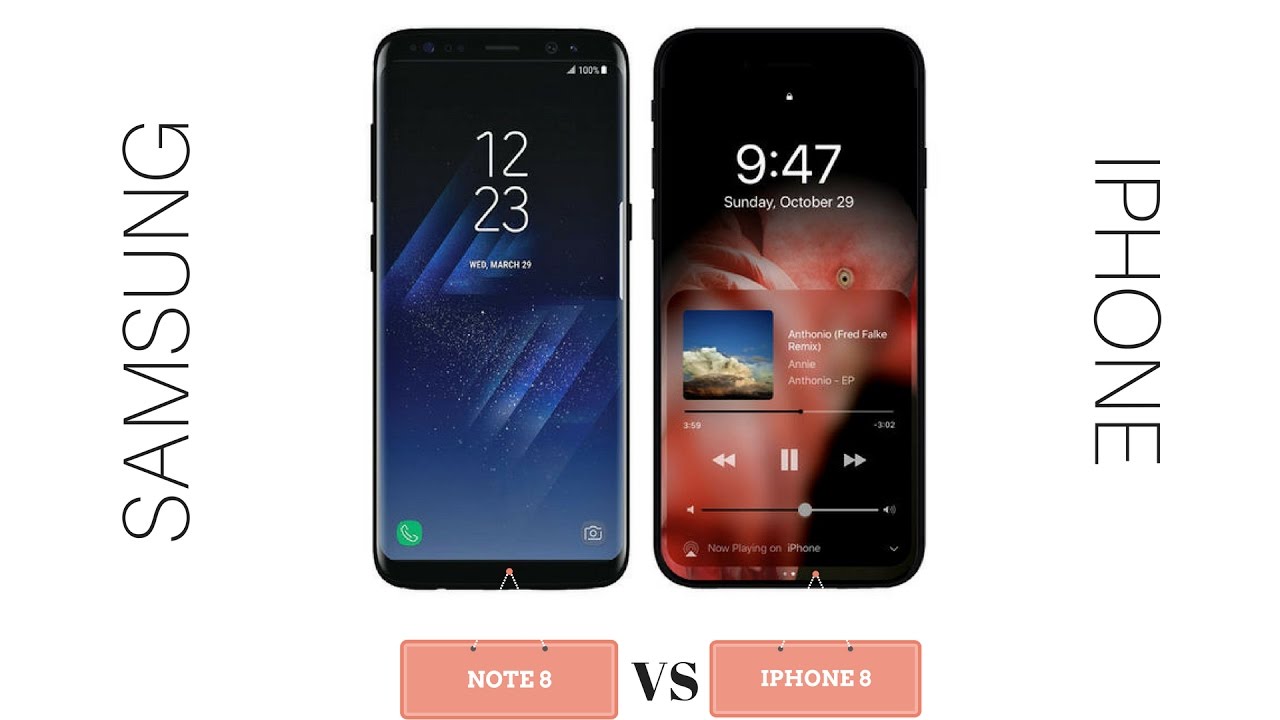 The launch frenzy of Samsung Galaxy Note 8 hasn’t cooled off yet, and Apple’s iPhone 8 is just around the corner. We’ve covered the specs of both smartphones in detail over the past several months, but not it’s time to see how they’ll do against each other in the real world.

Recent information from Barclays’ Mark Moskowitz speculates that Samsung’s flagship device might take more of the premium smartphone market share with its Infinity Design and pricing. Moskowitz also predicts that less than 1 in 5 iPhone buyers will spend $1,000 or more for a new iPhone.

Though iPhone 8 is supposed to be a revolutionary device featuring high-end technology, the prediction is clear: the phone will face tough competition in the premium smartphone market Or, to be precise, against Samsung.

“While the device itself seems more evolutionary than revolutionary, we believe this launch represents the return of staunch competition into the premium segment ($700+ ASP) of the smartphone market following Samsung’s Note 7 debacle last year. For Apple, we are concerned that the company needs to meet momentous investor expectations following the expected launch of three new iPhone devices in September. This could be made more challenging when considering that only 18% of potential iPhone buyers are willing to spend $1,000+ for a new device (Wireless Subscriber Survey; 08/09/17), which is below the 30-35% figure investors seem to be expecting.”

Barclays reports that, although the Samsung Galaxy Note 7 was a disaster last year, Samsung hasn’t lost its credibility in the market, considering its growth in the premium market last quarter.

Due to the significant increase in devices in the midrange smartphone market starting with the price tag of $700 and above, Barclays predicts that Apple will face more competition, specifically in the US market, while Galaxy Note 8 is expected to see some gains in the near term.

The most expensive iPhone ever from Apple is said to be unveiled soon, and is expected to sport a radical redesign, new in-display Touch ID paired with facial recognition, wireless charging and much more.

While the iPhone 8 might face tough competition against the Samsung Galaxy Note 8, it is sure to outsell most previous models, considering the iPhone user base looking to upgrade their phones.