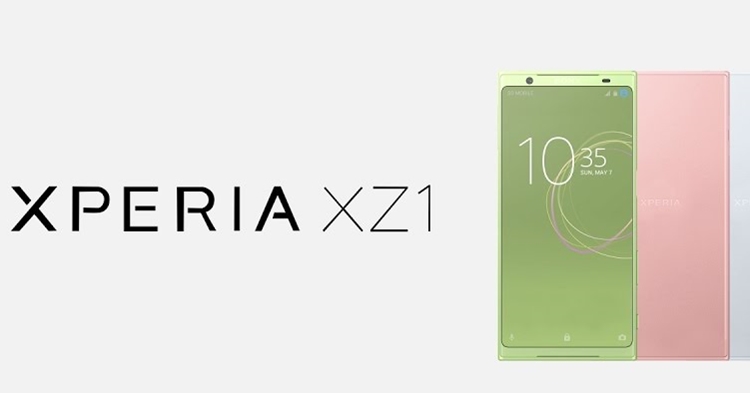 Ronald Quandt tweets the price for Xperia XZ1 to be $766 and for Xperia XZ1 Compact to be $638. The prices revealed are on the higher side, which the company may decide to retain, or reduce to attract more customers; however, in the US, the price is expected to be slightly lower when the device is officially launched.

Ahead of the official launch, the upcoming devices have been subjected to several rumors and leaks.

The Sony Xperia design is in line with other Sony phones, with a rectangular shape, a metal built, and slightly curved edges. Excluding the US versions, all other markets will get the fingerprint scanner embedded. A few speculate it to be a business decision. It will also be water resistant and either IP65 or IP68.

On the specifications front, the Sony Xperia XZ1 will come with model number G8341 and will have a 5.2-inch full HD display with 1920×1080 pixels resolution. The device will be powered by Snapdragon 835 2.4 GHz/1.0 GHz octa-core processor with the Adreno 540 GPU. It is further tipped to come with a 19-megapixels rear facing camera with 4K and 60 fps video recording. It will come with 4GB of RAM and 64GB internal storage and will run either Android 7.1.1 Nougat or Android Oreo, the latest mobile OS from Google that was released last week.

The Xperia XZ1 Compact will be a smaller device, with a 4.6-inch screen and lower 1280×720 pixels resolution, and will sport a Snapdragon 835 processor, 4GB of RAM and a 2,600mAh battery. The device will run Android 7.1.1, while Android 8.0 Oreo could come with the regular Xperia XZ1, as mentioned above.

Also as mentioned, Sony does not have any plans to reduce the bezels on its upcoming flagship devices and the hearsay is that this will come as an advantage, allowing Sony to offer better audio quality.

Talks Still on for Xbox One Sony PS4 Cross-play, Is a Decision Forthcoming?