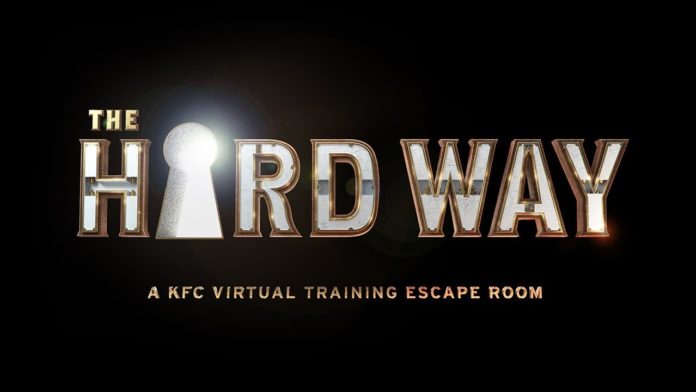 Kentucky Fried Chicken is known for its innovative ideas, and for doing bold things like comic books, USB chargers, Bluetooth game controllers plugged into take-away boxes, and its limited edition of the Enjoy 7 Plus smartphone in partnership with Huawei, and much more.

Recent information shows that KFC is focusing on VR training for its fast-food employees with an escape-the-room-style virtual reality training lesson called The Hard Way, where cooks must demonstrate their abilities in a virtual kitchen. The new training concept is said to be a very promising method to teach anyone about chicken-frying basics.

The virtual reality training program based on a gamified concept is not a marketing gimmick. A few sources confirm that the program is still being designed, and yet to start. The training program sounds strange and creepy, and comes fully loaded with a weird-sounding Colonel Sanders voice coaxing the employee through the program the entire time. It’s might be a strange way to train, but it’s apparently quite effective.

The press release from KFC says that the training module is called the Chicken Mastery Certification, and is experienced on an Oculus Rift headset. Employees are taken through five steps to make its signature recipe. The employee has to complete the cooking process and demonstrate virtual mastery to escape a virtual room. It also notes that the VR exercise takes only ten minutes, as opposed to the twenty five minutes in takes to actually make the perfect fried chicken in the current training scenario. This could be used to run through the training process more quickly, and to avoid wasting product.

According to Yum!, it takes 25 minutes to make KFC’s Original Recipe chicken, but only 10 minutes to teach the process in VR. How efficient?

The training program isn’t a replacement for the traditional program; instead, it’s an additional program that comes with the Chicken Mastery Certification. The program takes employees through the complete process, from inception through pressure frying. This makes the cooking process more transparent, but that could also be the way KFC is marketing it. But the program isn’t available to all employees yet.

At most, the company is showing it to some regional managers for feedback. For now, they’re trucking media in for another weird KFC experience and considering next steps — there’s always the possibility that it could augment training in the future.

Truth be told, there’s nothing strange about using VR for training. Microsoft is already using augmented reality with HoloLens technology for training in industrial and other settings. Even Wal-Mart uses virtual reality to train its employees. KFC’s approach might sound silly, but if it’s effective, then it could help save millions of dollars for itself and its franchisees annually.