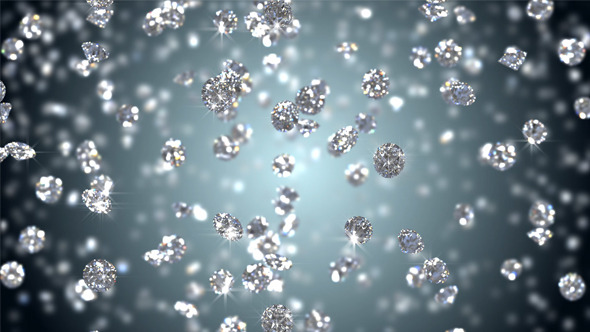 Both planets are largely made of fluids and gases, and have rocky cores. During an experimental process, under high-pressure conditions, researchers ‘squeezed’ hydrogen and carbon together resulting in the carbon crystallizing in the form of diamond rain. During the experiment, the scientists were able to directly measure this diamond formation – the study was published in Nature Astronomy.

The theory sounded more like science fiction until the researchers proved that they were able to produce this “diamond rain” using fancy and high-powered lasers. During the experiment, the researchers created shock waves using fancy plastics with the Linac Coherent Light Source. It was a team of fifteen who spent long hours in a confined space with little sleep. The team was finally excited with the results – the carbon atoms of the plastic formed small diamond structures when two shock waves overlapped. The process only lasted a fraction of a second, forming diamonds a nanometer in size. The researchers further believed that the actual diamonds formed on Uranus and Neptune should be much bigger and longer-lasting.

“It was very surprising that we get such a clear diamond signature and that the diamonds form so quickly,” Kraus wrote in an email. “Certainly one of the best moments in my scientific career.”

“The first smaller, slower wave is overtaken by another stronger second wave,” Kraus explained in a news release. The combination of the two waves squeezed the plastic to 150 gigapascals of pressure — more than exists at the bottom of Earth’s mantle — and heated it to more than 8,500 degrees. At that moment, the diamonds began to form.

The experiment, which resulted in creating nano-diamonds from plastic in the lab, has opened production possibilities. Nano-diamonds are used for medical imaging, for drug delivery, and in electronics. Those stones can then be used for semiconductors, drill bits, and solar panels, not to mention instruments that mimic the conditions inside the very gas planets that inspired this research.

Researchers have tried this experiment earlier as well, but they ran into trouble mimicking the incredible pressures near the gas planets’ cores.