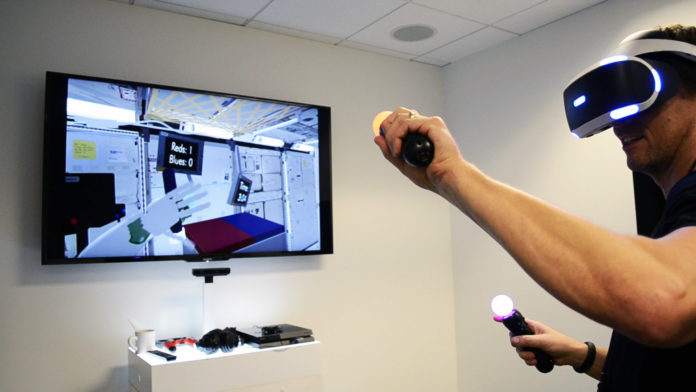 Recent reports that Sony is slashing its PlayStation VR prices could be a marketing strategy to keep market share and stave off competitors that are also cutting their prices.

The established VR players, Oculus and HTC, have already slashed their headset prices drastically to improve sales. Now, Sony announcing the price cut seems to be connected to a slowdown in sales.

PlayStation VR with the required camera will cost $400, which will be $60 less than before.  Also, the PlayStation Move motion controller is available for $450 as a complete bundle – you get a $50 discount when compared to the limited edition.

Sony’s price cuts bring their VR products more in line with those of their counterparts, especially in the U.S., but the discounts on peripherals aren’t that attractive, since you can grab them separately at competitive prices.

Check Out Some PlayStation VR Accessories

HTC has cut the price of its Vive VR headset by $200 bringing the cost down to $599. The rumor is that the price drop mirrors the Oculus Rift’s $200 price cut in March. HTC’s objective was to stimulate consumer interest in the system by making it more affordable.

The Facebook-owned company is also shaving the price off the Oculus Rift VR headset and Touch system, which now retails for $399, nearly $200 off the original price. That’s a clear move to get more customers who were averse to the original pricing to opt in.

According to reports from IDC and Superdata, Sony’s sales may outstrip those of HTC and Oculus Rift. Sony claims to have shipped 915,000 units of its PlayStation VR as of February, but the company did not announce the 1 million sales mark until June. And that was after April, when it reported that the sales of VR started to decline.

The price drops all around is good news for VR fans who were waiting in the wings for exactly this. The general opinion now is that these companies should have a general agreement on product pricing if they want to expand the market together, rather than compete aggressively with each other and alienate a bulk of potential customers.