Home Apple Inc. The Mighty iPhone X Vs Surface Phone: Should Microsoft Shiver in its... 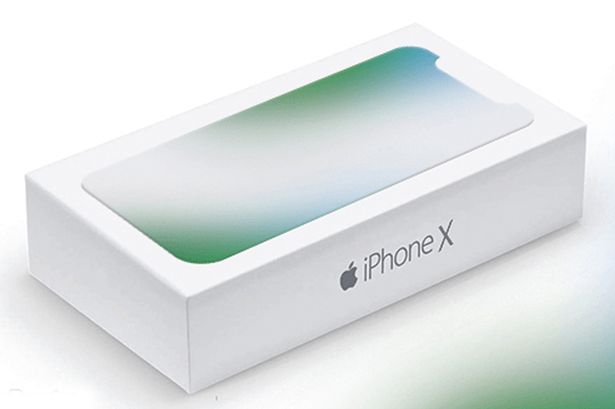 Hundreds of news sites are already reporting the features, benefits and so on, so that’s not what we’re about to do today. In this article, we’re going to look at how Microsoft’s strategy for mobile ties in with the superbly capable and intelligent iPhone X, as well as the slew of super-phones that have been released this year, with the Google Pixel 2 and Pixel 2 XL yet to arrive.

There’s no doubt that iPhone X is a powerful device, but the phone itself is not the real revolutionary move by Apple. It’s the humble iOS 11 that is at the foundation of the new smartphones. Currently in its Gold Master (GM) build, iOS 11 is due to be released to the public on September 19.

In a recent article, I spoke about why iOS 11 was like no other iOS version released before it. The productivity aspect alone warranted a 2500-word article, so I strongly recommend that you read it. Now that we have the device out in the open, the combination of powerful hardware and a very different operating system make this a mind-boggling partnership.

That brings us to Microsoft’s own ambitions in the mobile space. If iPhone X were the Gold Standard that Microsoft were to aim for, then any smartphone they put out will fall far short of expectations. And that’s why I think iPhone X is, in no way, a competitor to Microsoft’s Surface Phone.

First of all, it will either run on the full version of Windows 10 or a slightly modified one that’s very different from the current Windows 10 Mobile. The reason for that is that it needs to be able to do what other smartphones can’t – run desktop applications.

Microsoft is trying to do this in a couple of different ways. One attempt is to get these apps to run via an emulation layer, and that’s the project they’re working on with Qualcomm and three key OEMs – Lenovo, HP and ASUS. The other attempt is a new version of Windows 10 Mobile, which they’re currently testing on new hardware at their HQ, according to multiple reports from reliable sources.

The second differentiator is that it is purely a productivity device aimed at the enterprise market. Microsoft hasn’t as much as said so, but that’s the natural fit for a device that can be extended to a desktop monitor and can run desktop applications.

And that’s where Microsoft needs to sit up and pay attention to iOS 11 on the new 2017 iPhone models. Apple is entering the productivity space with several new features on the new operating system, and these features are going to give iPhones and iPads a much-needed boost in the enterprise space.

Should Microsoft feel threatened by the iPhone X and iOS 11 combo? Not really.

As I mentioned, the first of these “things” is the ability to run regular win32 desktop applications, of which millions have been developed over the past so many decades of mainstream personal computing. A lot of businesses still use outdated software, and none of those can operate on a mobile OS. That’s the first thing Surface Phone will be able to do – not necessarily run 30-year-old software, but run desktop software that is relevant to today’s businesses.

And then there’s the productivity angle we spoke about.

In addition, if rumors about a foldable device are true, Surface Phone could offer a dual form factor that does the job of a smartphone and a tablet.

The Real Value of Surface Phone

But the real draw of Surface Phone is that it will be well-integrated with Microsoft’s impressive line-up of cloud software products, including Office 365, Dynamics 365, LinkedIn Sales Navigator and their very own cloud infrastructure service, Microsoft Azure.

That makes it the perfect device for the enterprise segment. Millions of companies around the world would love their employees to have access to company data when they need it – wherever that might be. And the security level that Microsoft has already achieved for its cloud services is validated by the increasing number of financial institutions that are embracing Microsoft as a partner.

Now, let’s look at this combination of products and services as a deal-maker for the corporate world: a Surface Phone mobile device that can run every application that the company uses at its office, a whole suite of collaboration and productivity software applications to enable its employee base, a secure cloud environment that allows data to be accessed from anywhere, and a well-known technical support infrastructure that spans the globe.

Does Apple have all that? Absolutely not.

Does Google have all that? In part, yes, but not as comprehensive a product and services portfolio as Microsoft.

Does any other company have that combination of hardware, software and cloud computing services? A definite NO.

And that’s the real secret to the potential success of Surface Phone. iPhone X, Google Pixel 2, Samsung Galaxy Note 8 – they’re all great smartphones, no doubt. But they’re just smartphones; they’re not productivity hubs like the Surface Phone is expected to be.

If successful, it will be the biggest coup that Microsoft will have pulled off since it inundated the world with Windows. And it’s audacious enough to work, because if the enterprise segment wholeheartedly embraces Surface Phone, consumers will, too.

If you look at that another way, that’s the trump card that Apple held for so long with the iPhone, but failed to capitalize on. If Apple had taken a page from Blackberry, which was the dominant productivity device at the time of the original iPhone’s launch, iPhone would be a natural part of the enterprise ecosystem by now. But it’s not, and it is now Microsoft’s turn to take Apple’s bad luck and turn its own epic fail in the mobile world into an epic win.

Apple and Google have nothing on Microsoft when it comes to catering to the enterprise segment. They’ve already got their software on more than 80% of the world’s PCs. Now it’s time to move forward on the hardware front.

They’ve already done that to a certain extent with the current Surface line of tablets and laptops. But it’s time to step up the game a few dozen notches.