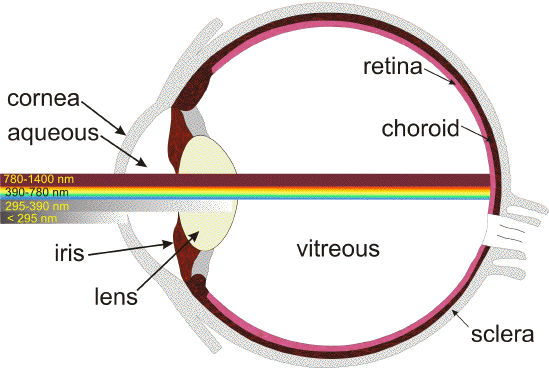 With the launch of iPhone X – the $1,000 flagship smartphone from Apple – comes a new technology called Face ID. It’s not new or unique in and of its own, but it is the first time such technology will be used in a device that’s practically an extension of our hands. Very few people actually understand how Face ID works, only being aware that it is some sort of infrared-based system that works in three dimensions.

To be clear, this is not the same technology used by Samsung for its own iris recognition feature. Some of the principles are similar, but the approaches are significantly different.

The real question is, how harmful is Face ID, considering the fact that you’re going to be using it several dozen times a day, and that it involves blasting your face and eyes with 30,000 individual streams of infrared light? Let’s see.

We’re exposed to our daily dose of infrared, ultraviolet, microwaves, x-rays and all forms of visible and invisible light when we go out in the sun. In fact, some of the these rays don’t even need to hit us directly to have an effect on us.

As such, extensive studies have been done on each type of natural solar radiation, and how each of these affects the human body. Here are some excerpts from reputed scientific journals and other academic sources, specifically about the potential effects of infrared radiation:

“In particular, IR radiation, similar to ultraviolet radiation, seems to be involved in photoaging and potentially also in photocarcinogenesis. The molecular consequences resulting from IR exposure are virtually unknown. Recent studies, however, have begun to shed light on the basic molecular processes such as cellular signal transduction and gene expression triggered by exposure to IR radiation.” – Cutaneous effects of infrared radiation: from clinical observations to molecular response mechanisms, Stefan M. Schieke, Peter Schroeder, Jean Krutmann

That very first excerpt is frightening, because it talks about some of the worst possible effects of infrared – cancer, aging, gene mutation and so on.

But we can’t take it out of context and immediately assume that Face ID is going to cause these problems, since the only part of the body exposed to IR in the case of Face ID is the face, which immediately draws our attention to the eyes and their safety.

So, what are the effects of infrared radiation on the eyes?

“The main biological effects of IR-A radiation are infrared cataracts and flash burns to the cornea due to temperature rise in the tissue. But IR-A radiation wavelengths are close to the visible light wavelengths and are transmitted to a small extent to the retina; permanent retinal damage can occur if exposure is prolonged. As wavelengths increase into the IR-B and IR-C regions the radiation is no longer transmitted to the retina but corneal flash burn injuries can still be caused.” – University of Warwick, Health and Safety Department

So now we’re a little closer to the real potential problem of Face ID. In other studies, it was seen that limited exposure was one of the ways of dealing with the problem. Face ID is something you’ll use for maybe 2 seconds at a time, but don’t forget that you’ll be using it repeatedly through the day.

In a research study conducted a couple of years ago, it was found that the average person checks there smartphone no less than 85 times per day! That’s 85 times a day that you’ll potentially be exposed to infrared radiation from iPhone X’s Dot Projector, the component that hits your face with the 30,000 points of infrared light whenever Face ID is working. 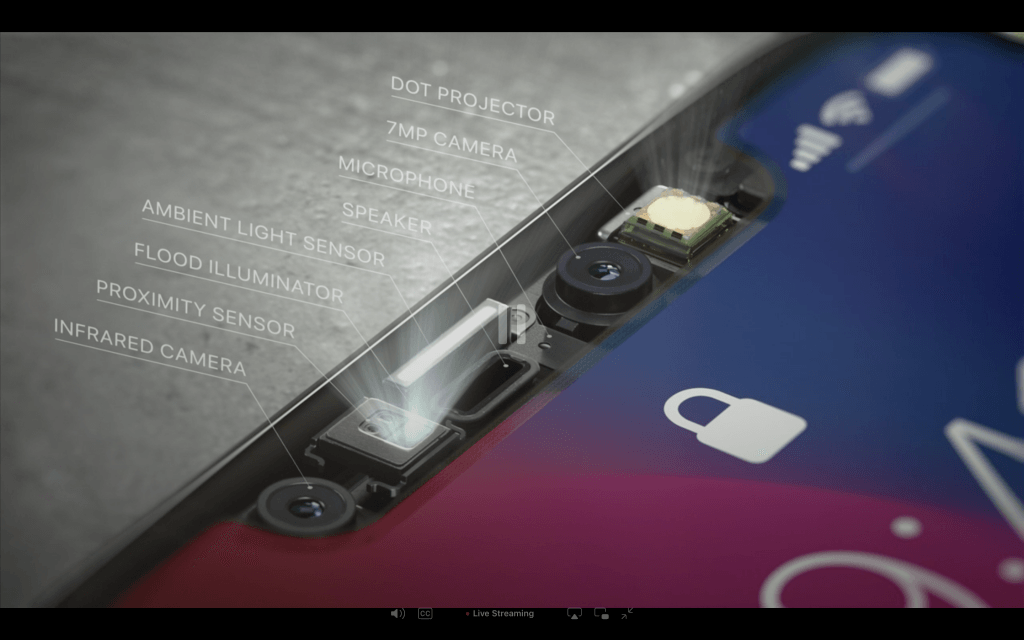 But there are several variables here that we don’t know about. For example, Apple has not revealed the intensity of infrared light that is beamed out by the Dot Projector; nor has it given us any kind of clue as to the real risks involved when using Face ID. It’s also possible that Apple lacks the research data to say whether or not it is safe.

One thing is clear: the risks are definitely there. Infrared is known to cause retinal and corneal damage, especially when IR-A is used, which is the closest to visible light. Though there is no conclusive evidence to suggest that Face ID can cause any of these issues, there is also no evidence to show that it cannot cause them.

And that’s the hard truth that iPhone X owners are going to have to live with. What’s even more difficult to digest is the fact that Android phones are also expected to adopt this technology in future models, and Android phones have a much wider reach than iPhones. Samsung has already introduced iris scanning in its flagship Galaxy phones this year, and that trend is bound to continue with other Android OEMs on their future flagship devices. Pretty soon, it will be a standard offering on all mid- and high-end smartphones, tablets and maybe even laptops and PCs.

The real problem is that we don’t know enough about the potential hazards of infrared light aimed right at the face eighty times a day, day after day.

During the early days of mobile phones, the concerns were about radiations that these phones emitted. Once the problem was identified, regulatory bodies started setting radiation limits on phones.

The same thing could happen with IR-related technologies on smartphones. But until then, the level of risk is exactly the same as the new iPhone’s name – X, which in this case means an unknown factor.