Home Google Faster, Android, Faster: How to Soup Up Your Android Phone, And Why... 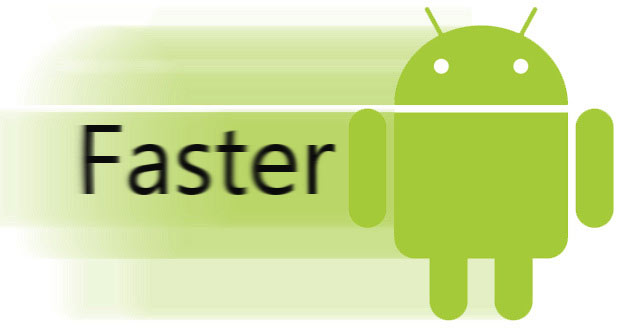 Once you buy a smartphone, there are things you can and can’t do to upgrade it. Most premium devices like iPhone are not really upgrade-friendly, unless you trade them in for the latest model, like the iPhone 8 and iPhone 8 Plus or the iPhone X that are all coming out soon. But with most Android devices, there are several options that you can resort to – externally and internally – to juice up your smartphone and make it perform like a premium device even if you only paid a few hundred dollars for it.

The most obvious approach is to use efficiency apps from Play Store. This method can also be used on iPhones with equivalent apps from the App Store.

One of the best ways to make sure that your phone is always running optimally is to use a resource monitor. Something like the System Monitor app would be perfect for this, although you may prefer one you’ve heard about or one that your friends use and like. What these apps essentially do is to tell you what applications and functions are using the most resources – memory, processing, battery and so on – and offer ways of optimizing resource usage.

Another great app category is specifically for battery performance. The UI is generally geared towards getting you more from your battery, but it essentially works the same way as efficiency apps because it can tell you what’s draining your battery the most, and usually gives you the tools you need to optimize your battery usage.

These apps are numerous, so we’re not going to recommend any specific ones. You can do a search within the store to look for the ones with the highest ratings and most number of downloads. That’s one way to see which ones are really effective and useful to a lot of people.

All these apps only make your phone do what it should. But what if you want your Android device to perform better than expected? What then?

One of the ways to achieve this is to overclock your processor. You can get up to 30% more power from your processor when you do this. But it also comes with a warning. Overclocking generally heats up your device more than usual, so it’s best that you gradually increase the clock speed rather than take it up all the way the first time.

First, you will need the Android version and the model number of your phone. Once you’ve got that, you can head to a resource offering custom kernels for your particular model of device running whatever Android version you’re on. You’ll also need a custom recovery installed, and we’ll get to that in a bit.

XDA Developers offers some great options for kernels, but what you want is for whatever kernel you choose to meet four basic criteria:

Remember, you will need to root the device to overclock the processor, so it will most likely void any warranty that you may have. Check on popular forums, because the more popular a particular overclocking kernel, the most support you’ll find for it in the community.

Next, you will need to install a custom recovery and then the custom kernel. In cases where you’re using a custom ROM kernel, you might not even need to change your kernel. Forum members should be able to help you with that.

You may also need a companion app for a particular custom kernel; else, you can use a generic CPU manager to serve the purpose.

If you have any doubts, refer to this article on Android Pit.

There are several other methods to soup up your Android phone’s performance, but most of them require developer experience and are not suited to new users. Overclocking, however, is relatively simple and will give you up to 30% more processing power.

Use a High-Speed microSD Card

It’s always a bad idea to store apps on your memory card, but most apps store some data there anyway if one is installed. If you want an instant boost in the speed of these apps, you can simply use a high-speed microSD card.

There are essentially three classes of speed supported by most new smartphone models: Class 10, UHS-1 Class 1, and UHS-1 Class 3. The last of these is the fastest, but you can get both Class 1 and Class 3 in various capacities. SDHC and SDXC are the two capacity classes, the first covering 2GB to 32GB, and the XC versions covering anything above 32GB right up to 2TB.

Though it only helps for apps that store their data on the SD card, you could see a considerable boost in their performance.

Most smartphones today come with SoC or Systems-on-Chip, which means you can’t really upgrade anything like your RAM and other components. However, there is a workaround called Swap that pretty much allows you to get more RAM when you need it.

Here’s a great resource I found on XDA Developers that explains it beautifully:

“Swap is, in short, virtual RAM. With swap, a small portion of the hard drive is set aside and used like RAM. The computer will attempt to keep as much information as possible in RAM until the RAM is full. At that point, the computer will begin moving inactive blocks of memory (called pages) to the hard disk, freeing up RAM for active processes. If one of the pages on the hard disk needs to be accessed again, it will be moved back into RAM, and a different inactive page in RAM will be moved onto the hard disk (‘swapped’). The trade off is disks and SD cards are considerably slower than physical RAM, so when something needs to be swapped, there is a noticeable performance hit.”

Basically, you’re moving data between locations so you get more RAM when you need it. Of course, there are several downsides to doing this, such as reduced memory card life and others. If you’re sure you want to do it, you can refer to the linked resource above.

If more internal memory is all you need, then there are several apps that can do this for you. Something like Auto Memory Manager should do just fine, and it works on both rooted and non-rooted Android smartphones.

There are also other Task Killer apps that you can use to throttle background applications that take up a lot of your Android smartphone’s memory. Internal memory is one of the biggest pain points on any smartphone, and a task killer or resource manager can do a lot to free up memory for when you really need it.

The problem here is that a lot of people think that RAM usage is what slows down your phone. That’s not completely true. It’s actually good to have your RAM operating at full capacity because your recently used apps will open that much faster. The real bottleneck is usually the CPU, and most task killer apps don’t tell you how many CPU cycles an app is using. It is purely meant to free up memory, not processing power.

What you might need is a CPU monitor, and there are a ton of those available on Play Store as well, such as System Monitor, TinyCore, Network Monitor Mini and so on. All of these will give you basic information about how much of the CPU’s processing power is being used up by your running apps. You can then decide to kill certain apps if they’re using too much juice for you to run a new application.

There are several reasons why smartphone OEMs don’t encourage users upgrading their device components on their own.

One major reason is that they obviously want you to opt for a higher-end model if you need upgraded specs. It’s a simply marketing strategy that is not unique to the smartphone industry. Most electronics products can’t be upgraded by the user, and those that can require some sort of expertise and possibly some specialized equipment to get the job done. As a consumer product, it’s easier just to upgrade the whole thing.

Another reason that doesn’t get quite as much publicity is the fact that smartphone internals are not designed as standalone components. They are made to exact specifications based on the OEM’s requirements for space utility, compatibility with other components and several other factors. That’s why you can’t just swap one SoC for another on your typical Android device. Power requirements may vary, the new component may not fit into the space designed for the original one, and so on.

The third reason is practicality. It doesn’t always make sense to try and upgrade your hardware when you can easily trade in your device for a newer model with better specs. Any kind of tweaking of the internals will typically void your warranty, and there’s always the risk of bricking your phone if you try anything with the internals. In fact, even messing with the kernel or OS can have adverse effects that you might not be able to handle.

In addition, any software tweaks that you do on a mobile device could negate some of the security protocols that have been put into place to prevent hacking or unauthorized access of data.

That’s one of the reasons Apple discourages jailbreaking. While jailbreaking itself may not compromise your data’s security, it does open up your operating system to a ton of malware that wouldn’t be able to infiltrate a stock version of the OS. That’s the reason Apple has App Store as the only authorized store for all your app needs.

Android is a much more open environment, and rooting isn’t frowned upon as much as jailbreaking is. However, the risks are pretty much the same. For example, using an APK method to install an app puts you at all sorts of risk of installing malware-loaded applications, or apps that can lead to malware being introduced into your phone.

That said, once you buy a smartphone, you can pretty much do whatever you want with it. It’s yours, after all. If you want to try and upgrade the RAM despite manufacturer warnings or the costs/expertise involved, you’re free to do that. But the consequences are also yours to deal with.