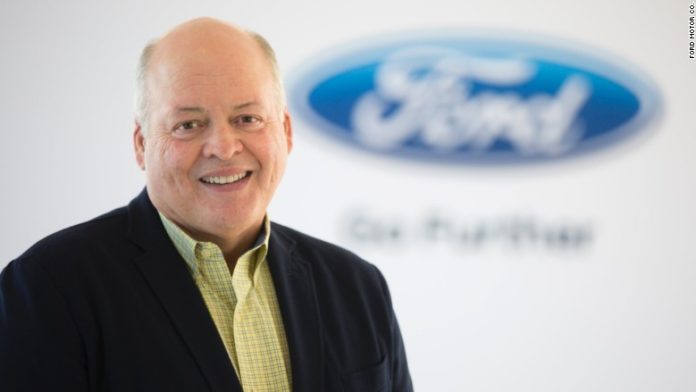 Ford Motor Company yesterday had a “strategic update” for its investors. It was a master plan to shake up the entire company to make it more efficient and forward-looking than ever before. Ford’s President and CEO Jim Hackett took over in May this year, and he and his senior management team have spent the past four months planning the makeover.

What’s it all about?

Essentially, Ford’s plan is to “improve its operational fitness, refocus capital allocation and accelerate the introduction of smart vehicles and services”. What does it mean, and what are the implications for Ford’s business units around the world?

This is something Ford should have done years ago. As a company that’s more than a century old, Ford is far behind companies like Toyota in this regard. That’s why Toyota is more highly valued than Ford, and why its cash position is much better than Ford’s. Take a look at this chart from Forbes published last year:

As you can see, Toyota is more operationally efficient and better managed, financially speaking, than Ford has been until now. Ford’s trailing twelve months operating margin is currently 1.8%, while Toyota’s is 6.9%. Ford’s net income over the past twelve months is $3.8 billion against revenues of $153.6 billion, while Toyota posted $16.8 billion against revenues of $257 billion.

So, there’s no doubt that Ford needs more operational efficiency. But where is that going to come from?

According to Ford’s presentation, there are four areas to focus on at first: bring more accountability across its markets, focus on cost reduction, create a new industrial model for the next generation of Ford vehicles and nurture its profit improvement and spending
reduction drives.

On the cost-cutting front, Ford is focusing on reducing $10 billion in material cost and $4 billion in product engineering over a period of five years. They’re also redesigning not only their production model, but also their operational model.

But what about the automotive product line-up? Ford wants to focus on what has worked best: SUVs and trucks. But it wants to bring efficiency into that as well. Here’s one way in which Hackett and team are planning on achieving this.

As you can see, there are 35,000 orderable combinations for the Ford Fusion, which they’re bringing down to 96. Since SUVs (including crossovers) and trucks are their new area of focus, the Escape and the Explorer are going to have the most combinations available to order from, aside from trucks, which aren’t shown in this chart.

Ford is also going to be cutting the time required to develop new models by 20%, while reducing product change-over time by 25%, bringing in even more efficiency at the bottom line.

Ford already invests a lot into electrified powertrain development and battery development, but it seems they’re ready to take it to the next level in terms of capital allocation. This is the change many investors have been waiting for, and it’s none too soon.

Another major shift is the $7 billion that Ford will move into developing more SUVs and trucks, a clear sign that it is moving away from passenger cars. Presumably, it will still retain most of its sedans and hatchbacks, but the direction for the future is firmly set.

A big question arises here: Is that a smart choice, to move away from smaller passenger cars? We can’t answer that, but Ford is purely looking at this from a point of view of what works for the market. In September 2017, 967,547 light-duty trucks were sold in the United States, up 12% from the year-ago period. Year-to-date, that figure is more than 8 million vehicles. Compare that with the 4.85 million cars sold year-to-date, and the segment declining by 3.3% from last September, and it’s clear why Ford is taking this route.

Smart choice or not, Ford knows what it wants, and it is aggressively going after the light-duty truck and SUV markets.

This is a big area that Ford hasn’t been very specific about, but they’ve got a new tagline for themselves: Smart Cars for a Smart World. Cute, but what does it actually mean?

For starters, Ford is talking about partnerships in India and China. In India, Ford recently announced a deal with the Mahindra Group, and in China they’ve partnered with a company called Zoyte to develop low-cost all-electric passenger vehicles.

But these partnerships will only help international markets. What about the United States? The presentations don’t show much other than Ford’s key aspirations for the future, but we know from their current efforts that they are investing heavily in autonomous vehicle and connectivity technologies.

On the self-driving car front, Ford has invested in Argo AI, a start-up that intends to develop autonomous vehicle technology for Ford by 2021. The $1 billion investment is a significant commitment. Ford is also working with car-hailing company Lyft to deploy its autonomous car technologies to the Lyft platform, also by 2021. Developers from both companies will work together to integrate Ford’s technology with Lyft’s mobile app.

Interestingly, Ford is also working with Domino’s to test out pizza delivery using a self-driven Ford Fusion Hybrid. For now, the vehicle will be driven by a safety engineer, but the goal of the tests is to find out how customers will cope with the experience. They will need to use a unique code to unlock a heated container to get to their order. Nevertheless, Ford is trying to figure out the logistics behind pizza delivery so it can help their autonomous car research.

Of note is the fact that Ford’s new CEO mentioned in August this year that it was reviewing its plans for deploying fully autonomous technology by 2021, indicating that former CEO Mark Fields’ plans were somewhat bullish. In an interview with SFGate, Hackett said:

“It will be a progressive thing, just like computing. If you think about a vehicle that can drive anywhere, anytime, in any circumstance, cold, rain—that’s longer than 2021. And every manufacturer will tell you that.”

Ford is not just thinking about self-driving cars. They’re looking at automation from several angles.

“Hackett added in a separate interview with The Wall Street Journal that he doesn’t believe the autonomous vehicle will “just replace the station wagon.”. “The AV will replace and do something that the station wagon can’t do—not just drive itself—but other things,” he said.”

The level of automation he’s hinting at could be far more than just cars that drive themselves. It could refer to cars communicating with other cars and locations to find the best route, to prepare for weather conditions and so on. There are also other advanced levels of automation that include adaptive cruise control, and other aspects of Advanced Driver Assist Systems, or ADAS.

Ford’s new CEO has outlined some major changes for the company. For now, investors may be buoyed, as seen in the slight jump in stock price after the announcement. But the long-term implications are not all good.

Ford will have trouble on the personnel front, no doubt. Any cost-cutting measure invariably involves a reduction in staff. The company has already announced a 10% cut in May this year:

“(Ford) plans to reduce 10 percent of our salaried costs and personnel levels in North America and Asia Pacific this year, using voluntary packages. We expect 1,400 salaried positions to be affected. This action does not affect the following skill teams: manufacturing, product development, IT, Global Data and Analytics and Ford Credit,” said a Ford spokesperson.

Will the new five-year strategy lead to more job cuts? Nobody knows for now, but it’s unreasonable to assume that streamlining a 114-year-old company with more than 200,000 employees will lead to some fall-out effects on the personnel front.

A lot of things are unknown at this point. For example, how does Ford plan to bring more “accountability” across its markets? What effects will the transition have on its revenues, which have been coming in strong for the past few quarters? How long will it take the efficiency initiatives to filter down to the bottom line?

Ford is taking some very bold steps to re-create itself for the future. Will they pan out the way its new CEO envisions? That remains to be seen.