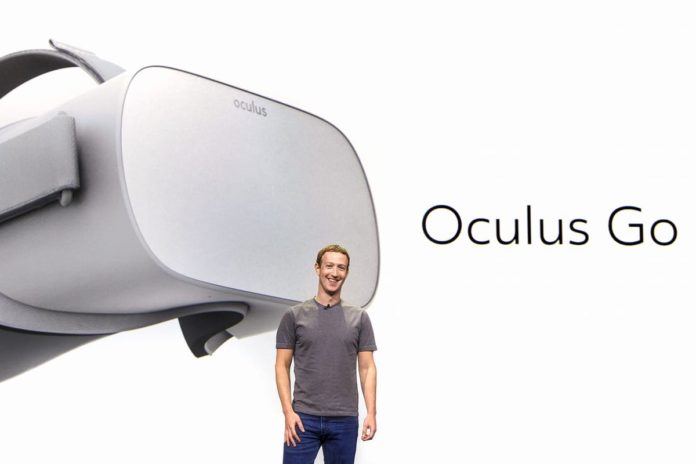 Facebook founder and CEO Mark Zuckerberg on Wednesday unveiled more than just the new VR headset Oculus Go. He unveiled his plans to put the device into a billion users’ hands. Zuckerberg wants this standalone VR headset that will retail for $199 to be accessible to everyone.

What are the challenges facing this massive goal for the Oculus Go?

Price has always been a major pain point, which this product partially addresses, but there are several others that will need to be overcome.

VR is relatively new technology with a lot of unknown variables. Not everyone wants to spend even two hundred dollars on something they won’t be using on a regular basis. Besides, there are still a lot of problems with using VR headsets, such as motion sickness and so on.

Secondly, the body of VR content available to head-mounted devices is highly limited compared to other content for smartphones, tablets and PCs, such as mobile and web applications. It’s growing, but there’s a Catch 22 situation brewing here. Developers won’t be incentivized to create more content unless there’s strong demand, and demand won’t rise until there’s enough interest in the form of varied and relevant content.

But there is a way out of it, and that’s what Zuckerberg is betting $2 billion on. That’s what his company paid to acquire Oculus, and they’re not going to stop trying to get a return on their investment. The way out is to make VR more accessible. By addressing the first of the pain points, pricing, it opens up the market to a lot more consumers than the Rift, which retails for $549.

The other way is for Facebook to keep pushing the VR case as hard as it can. That’s what it’s doing with its newly launched Oculus Go and the big goal of a billion users. By hyping up the product on a social media platform with 2 billion users globally, some of the mud thrown on the wall is bound to stick.

How successful has VR been so far? According to leading research firm Gartner, there were 16 million HMDs shipped in 2016. That’s 0.016% of Facebook’s goal, and those aren’t even all Oculus units. They include every VR headset maker’s numbers, including Sony, Samsung, Microsoft and Google, as well as a slew of smaller players.

No, at least not for the short term. In order to reach that goal even in 5 years, Facebook has to ship at least 200 million units per year. That’s 12.5 times the number of headsets shipped globally in 2016. Even a 10-year plan would require Facebook to sell more than five times the current global figure every year.

At 1redDrop, we’re firm supporters of forward technologies. But the truth is, not all forward technologies are going to be revolutionary and disrupt entire market segments. VR is not the same as cloud computing, for example, because it delivers tangible value in terms of time, money and other resource savings. VR is currently limited to either industrial or commercial use, or for consumer entertainment purposes.

VR still needs to evolve a lot more to be of real value to the average consumer. Even if it can reach the entertainment value level of a gaming console, for example, that’s a major achievement. And that’s not going to happen overnight.

But Facebook – and Zuckerberg – are not entities that you take lightly. Even if the goal for Oculus Go looks like a pipe dream as of now, you can be sure that the company is leveraging whatever resources it can to realize its goal, regardless of how lofty it might seem.

Wait and watch. That’s all we can do right now, anyway.