Home News Is the World Ready for Battery-powered Homes? 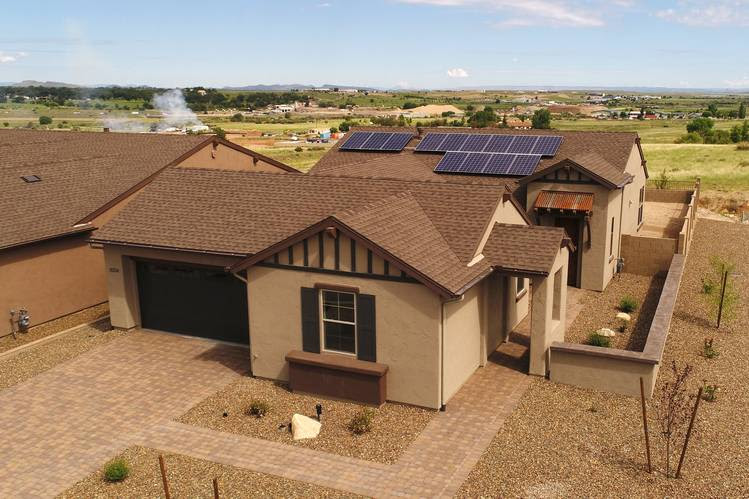 Last week, Mandalay Homes announced that it was planning to build up to 4,000 new homes that would each contain German battery-maker Sonnen’s 8kWh packs to partially meet its power needs. Of these, 2,900 ultra-energy-efficient homes would be built in Prescott, Arizona. According to a senior executive at Sonnen, this could eventually turn out to be the largest such project in the United States.

Battery-powered homes are relatively new because the power for these batteries invariably from the grid, which invariably runs on a majority of fossil-fuel-powered energy. In order to achieve true green status, the power has to come from clean and renewable sources. There’s been some development on that front, but not on any significantly large scale.

Sonnen’s solution is to make the battery a part of its “virtual power plant for demand response”, which essentially means that the batteries will be powered by an alternate energy source. In this particular case, it’s solar power, with panels on the roof feeding the battery packs inside the home. Below is a photo of a test home that’s part of the project.

Companies like Tesla Energy are also collaborating with utility companies like Green Mountain Power to provide customers with greener alternatives. In this instance, Tesla and Green Mountain are offering 2,000 customers the option of installing a Tesla PowerWall in their homes for a very reasonable $15 per month.

Why so cheap? That’s because, even though the 13.5kWh battery packs have a retail price of $5,500, they help reduce spending on grid infrastructure. As GMP’s CEO and President explains it, there are “peaker plants” that only operate when grid loads are at their maximum capacities. Using batteries in the home reduces the number of times the grid gets stretched, thereby helping the company avoid using one of the most expensive forms of grid energy.

The home battery storage market is intensifying in terms of competition, and it’s up to each company to set itself apart from others by offering creative and innovative solutions that will help homeowners rely less and less on grid power.

in an article last week, we spoke about how net metering in homes had extremely low adoption rates around the United States, with solar leader California only able to boast a 0.77% adoption rate.

Storing and utilizing battery power that is generated on-site is one of the ways in which net metering can be exploited to reduce grid load and homeowner costs, but legislative action has been slow, and many states like Michigan still need to rehash their laws to incentivize homeowners to switch to cleaner power.

Are battery-powered homes the future of human dwellings? They could be, but it will take time if it’s only being done by a handful of storage solutions providers and utility companies. What is required is a concerted effort that is spurred by government incentives to deliver more in a shorter period of time.

What’s important to note is that stored power is not necessarily good. It’s only good if that power has come from renewable resources such as solar and wind. If it’s still coming from fossil fuels, it doesn’t serve any purpose other than to be an alternative power source.